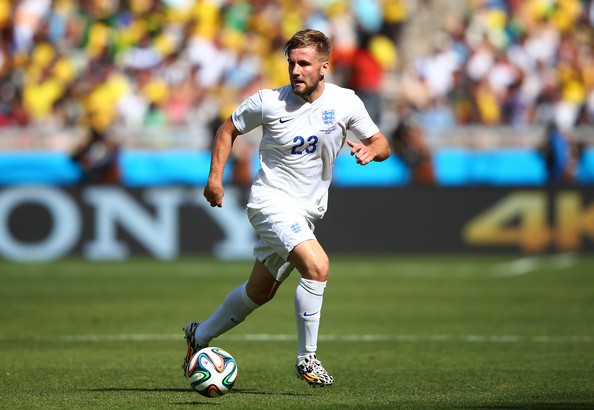 Having completed a £30 million transfer from Southampton this summer, in a deal that saw him become the world’s most expensive teenager, Manchester United’s Luke Shaw is yet to feature this season.

After facing early criticism from newly appointed head coach Louis Van Gaal for his poor fitness during pre-season, Shaw picked up an untimely hamstring injury, ruling him out of the opening four weeks of the campaign.

The youngster has since made a full recovery from this set-back, but found himself benched for the club’s last Premier League fixture, a 4-0 victory over Queens Park Rangers. Nonetheless, he looks set to make his first senior appearance this weekend, as Leicester play host to the Red Devils.

He made an underwhelming start to life at Old Trafford on Monday night. Just 1609 fans witnessed the 19-year-old’s bow in the Theatre of Dreams as he started for the Reds under 21 side against Sunderland in a 4-0 win.

The 18-year-old was far from his best, but he impressed nonetheless. He enjoyed plenty of possession out on the left-wing and was involved in a fair share of United’s attacking play. He even managed to grab himself an assist in the second-half.

It was a test of his fitness, if anything, and considering he completed a full 90 minutes, he’ll be raring to go ahead of a potential trip to the King Power Stadium this weekend.

If given the nod on Sunday, he will slot in at left-back, with Marcos Rojo likely to be shifted inside. The Argentine international may have put in a good performance on the flank against QPR. But being a natural central-defender, it makes sense to utilise him in the middle upon Shaw’s return.

The Old Trafford faithful will be hoping Sunday provides a first glimpse of a youngster who possesses phenomenal potential. Just this week, Manchester United team-mate Jonny Evans has  been raving about the youngster’s incredible ability.

“I had the chance to work with Luke in pre-season and there is no doubt he is going to be the best left-back in the world,” said the Northern Irishman.

The best left back in the world!? High praise indeed.

Shaw was handed a first-team debut at the Saints aged just 16, but broke into the first-team on a consistent basis during the 2012/13 season before his performances last season saw him make the breakthrough as a senior international.

He now faces a difficult challenge succeeding former fan-favourite Patrice Evra at Old Trafford, but it’s a task he will undertake with vigour. The club hierarchy were prepared to sign a record-breaking £27 million cheque for a very good reason.

His career trajectory has been truly remarkable, thus far, and currently there are no reasons to suggest he can’t occupy the Manchester United left-back position for the next decade, at the very least. Expect Shaw to shine.