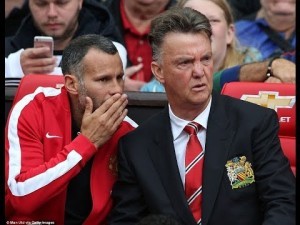 Louis van Gaal’s boastful claim that Manchester United have been the best team in the Premier League recently is statistically wrong.

The Dutchman’s assertion that his team have been better than the likes of Chelsea over the last 20 games also conveniently overlooks a number of unconvincing displays where United have managed to secure the three points.

Van Gaal, speaking at his press conference, made the declaration on the back of his side’s record of having only lost one game out of 19. The Red Devils are in third place in the league, where they are 12 points off leaders Chelsea.

“I am never 100 per cent happy. We can play better than we are now, but the main thing is to win games. We’ve shown our team spirit many times this season. It’s good for the fans and for me.

“We have lost a lot of points in spite of being the better team, but you have to score at that moment.”

But figures show that from the last 19 games United would be third with 39 points behind leaders Chelsea on 43 points and Manchester City on 41.

Even despite the figures, though, there is no escaping the reality that they are less effective as a side than the top two, while they have also been accused of by a number of figures, including Sam Allardyce recently, of playing long ball football. Red Devils centre-back Jonny Evans also admitted his side can “play more attractive football”.

Perhaps Van Gaal should have got his statistics out, like he did last week following accusations his side play a lot of long balls.