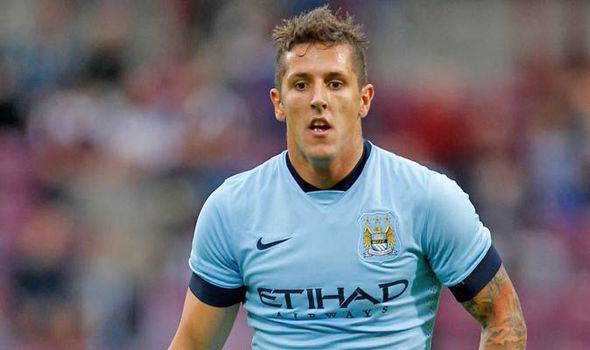 Manchester City striker Stevan Jovetic’s uneventful time in the Premier League is set to come to an end in the coming days. According to Gianluca Di Marzio, a deal has been agreed between the player and Serie A side Inter Milan for a move. The Nerazzurri will now negotiate with City over the terms of the deal.

The 25 year-old has also been reported as a target for Liverpool in the past few months, with the Reds on the lookout for a striker to cap off what has been a perfect transfer window. But it looks like Jovetic has his heart set on a return to Italy, where he made his name with Fiorentina.

It was reported three days ago on Football Italia that the former Premier League champions want €15 million for the striker they bought in 2013  for €30 million. The Montenegrin has failed to make an impression in England, scoring just 8 goals in two seasons. 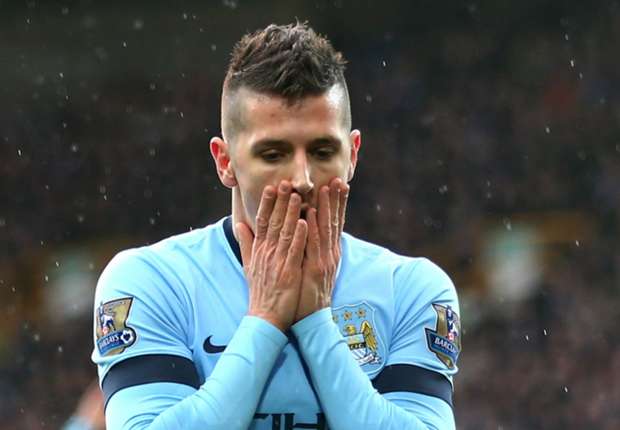 There will reportedly be a one-year loan deal with a compulsory option to buy next summer. Inter would feel that this is a gamble worth taking, considering that Jovetic made his name by shining in the Serie A. The Italian giants are now managed by Roberto Mancini, who won a Premier League and an FA Cup with Man City between 2009 and 2013.

Inter have had a fantastic summer thus far, spending close to €60 million and bringing in the likes of Geoffrey Kondogbia, Miranda and Martin Montoya. They finished 8th last season, and have somewhat lost the aura of being one of the biggest clubs in Europe.

Their slide has been incredible, considering that they won the Champions League only 5 years ago. But now, with this whole host of fresh new talent coming into the club, things can only get better.