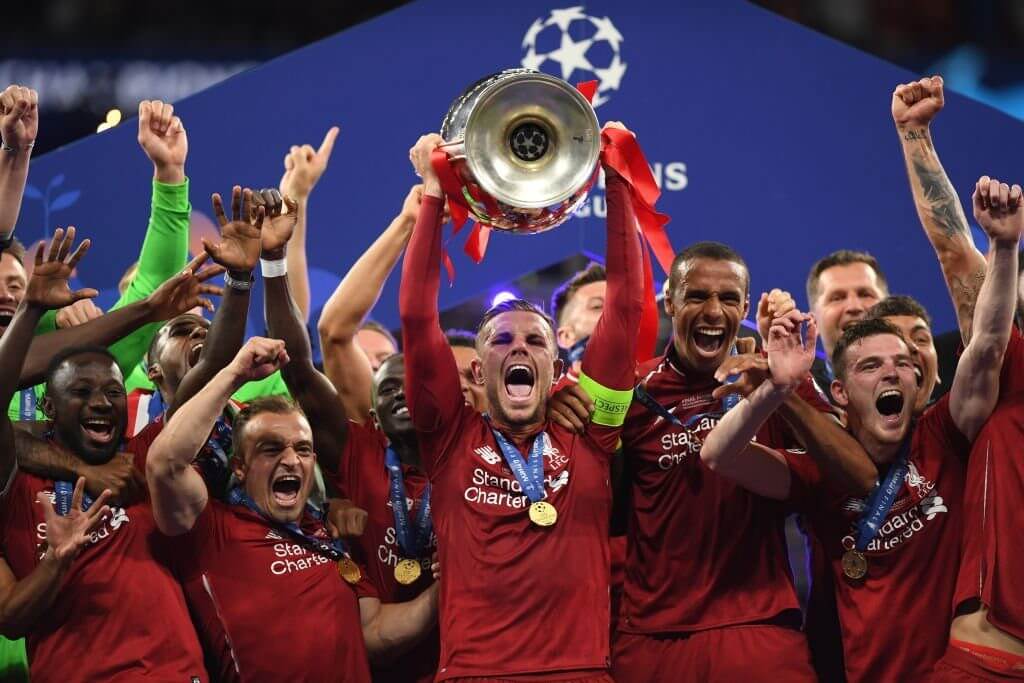 Liverpool claimed the Champions League trophy for the sixth time with a 2-0 victory over Tottenham Hotspur in Madrid on Saturday.

Mohamed Salah set the Reds on their way with a penalty after two minutes when Moussa Sissoko was controversially punished for handball.

Spurs had their chances despite playing poorly, but were denied by Liverpool keeper Alisson, who saved well from Son Heung-min, Lucas Moura and Christian Eriksen.

Their failure to capitalise was ruthlessly punished when substitute Divock Origi made it 2-0 with three minutes to play, driving low past Spurs goalie Hugo Lloris.

The game was an uninspiring affair, with both sides looking rusty after a three week break.

The result ended a six-game losing streak for Reds’ boss Jurgen Klopp in major finals, but his side were fortunate that Spurs played so poorly.

Liverpool will understandably be delighted to have claimed the trophy, although their performance won’t live long in the memory.

Despite this, former England defender Rio Ferdinand told BT Sport that he believes Liverpool are now a team to be feared in Europe.

“Nobody wants to pull this team out the hat or play at Anfield,” he said.

“Now there’s a fear, they’ve produced big results.This performance won’t be talked about for years to come – we didn’t play well against Chelsea in 2008 but I couldn’t care less.

“These boys deserve it.”