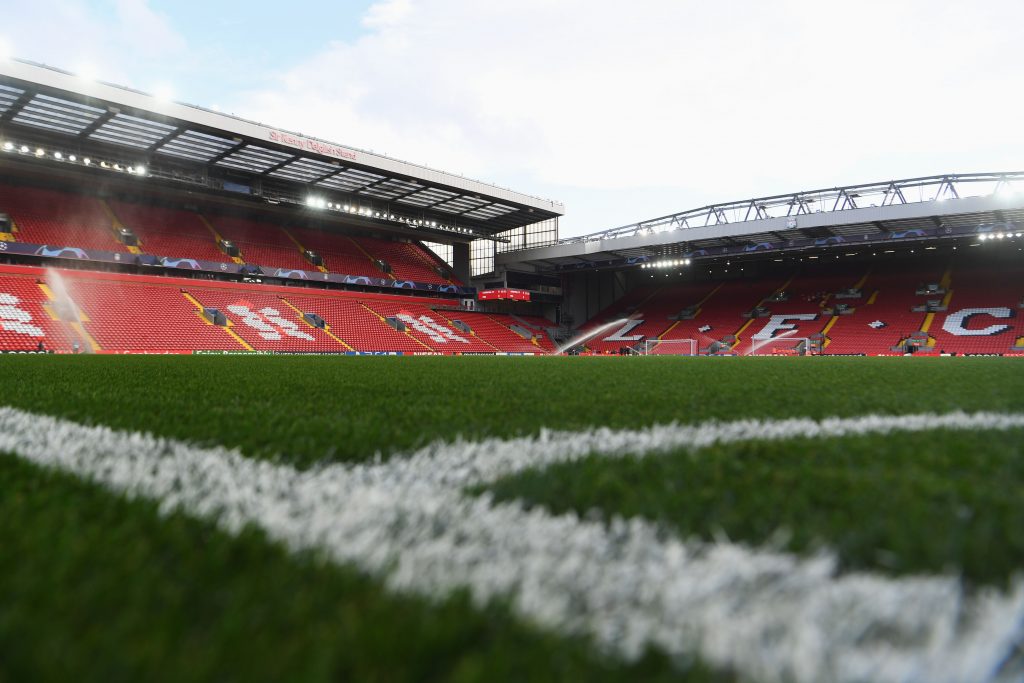 With a large worldwide fanbase it comes as no surprise to find that tickets for Liverpool home matches can be extremely difficult to obtain.

The 54,000 capacity at Anfield doesn’t help matters, meaning that games throughout the season are often sold out well in advance.

However, there are ways you can increase your chances of seeing the Reds in action, so read on as we show you how to purchase Liverpool tickets.

An annual membership at Liverpool costs £35.99 and provides users with a range of benefits including priority access to matchday ticket sales.

Ticket prices are dependant on where you sit in the stadium, with the most expensive ranging from £29.50 to £59.00.

It is worth noting that Liverpool’s official website states that ‘all prices are a guide’ and they make no guarantee that they won’t go over the advertised rate.

Members are offered multiple opportunities to purchase tickets including a bulk sale which takes place on the club’s website during both July and November.

There are also local members sales which are open to users who have a registered address with an ‘L’ postcode. These are held approximately four weeks before each game.

Members may also have a further opportunity to purchase tickets online via an additional sale which generally takes place two weeks before the fixture is played.

If there any tickets remaining these will be placed on general sale under the same postcode criteria approximately one week before the match.

Ticket sales for cup games are subject to specific selling arrangements which are advertised on the website as soon as possible after each draw has taken place.

Members who have enrolled into the Auto Cup Ticket Scheme(s) will automatically be allocated a seat for the home games within the competitions they enrol into.

However, tickets for selected Carabao Cup and FA Cup matches may be discounted dependent on the level of opposition Liverpool are drawn against.

The club also runs a special deal in European competitions, making 500 £9 tickets available for matches in the Champions League or Europa League.

The club’s Ticket Exchange service allows season ticket holders that are unable to attend a game to sell their tickets to other Liverpool members.

Fans can use this service as many times as they want during the season, although they lose 25 percent of the ticket price if the ticket is sold.

Seats can be listed on the service right up until kick-off time, so if you can’t make the match at short notice you still have the chance to receive credits against the cost of your season ticket.

If your ticket is successfully resold, your season ticket members card will be deactivated for that match only.

If you change your mind and the ticket has not been sold, you can rebook for the game by following the instructions on the website.