Sportslens.com
Home Teams Arsenal Three Fixtures Liverpool Must Win To Save Their Season 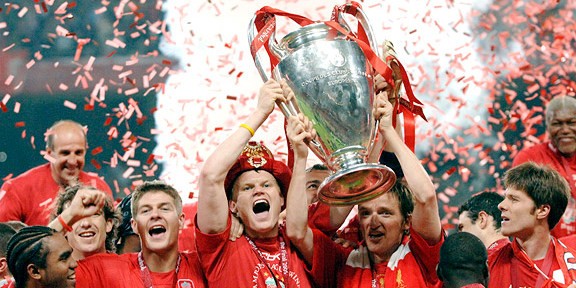 Liverpool have shown signs of improvement in the recent weeks as Brendan Rodgers’ men prepare for the baptism of fire against Basel, Manchester United and Arsenal.

Two back to back wins in the league and an encouraging European display away from home has lifted the morale around Merseyside, as Liverpool look to enter the most crucial phase of their season.

Excitement around Anfield had reached fever pitch, after the scintillating performances last season. However, the departure of Luis Suarez dampened the expectations to an extent as the manager himself stated that finishing within the top four was the main aim for the club.

The reds have made a poor start to the season and are eighth in the table, 5 points behind Manchester United, who currently occupy the coveted fourth place. However, that could all change within an instant as the Liverpool travel to Old Trafford and host Arsenal at Anfield within the next three weeks.

With top four rivals, Arsenal and United ahead on points already, Liverpool cannot afford to slip up, especially with the winter transfer window in the horizon. The manager and the players believe that they have turned a corner and their games against Manchester United, Basel and Arsenal will be the litmus test.

Back in the Champions league for the first time since the 2009/10 season, Liverpool were expected to hit the ground running. However, it hasn’t quite gone according to the plan for Brendan Rodgers and Liverpool. The improving quality of other European leagues and the inexperience of Liverpool’s squad have made things tough for the five time European Champions.

Drawn into a group with Real Madrid, Basel and Ludogorets, Liverpool were tipped to qualify from the group comfortably. With just one win from 5 games, Brendan Rodgers’s side find themselves staring at the possibility of playing in the Europa League, should they fail to beat Basel next week. Liverpool currently find themselves two points adrift of second placed Basel and need a victory in their last group game to progress into the knockout stages of the competition.

Having spent more than a hundred million pounds in the summer transfer window, getting through to the knockout rounds of the Champions League will have been the minimum expectation around Anfield, and failing to achieve that would only pile on further pressure on the manager and his under performing players. Also the demands of Europa league could prove to be extremely draining as the reds look to establish themselves as a regular Champions league club.

Liverpool travel to Old Trafford on the 14th of December as the reds look to close the five point gap with their bitter rivals, who are looking to strengthen their hold on the fourth and final Champions League spot.

Louis Van Gaal’s men have improved since the start of the season and look every bit a top four side right now. With key players like Radamel Falcao and Angel Di Maria set to come back into the squad, the red devils are likely to improve on their current showings.  Manchester United have been unlucky with injuries, as the Dutchman has been forced to field a makeshift back four quite often. Also, speculation has been rife that Van Gaal will be handed another war chest in January to add to his squad as the Premier League giants look to get back to the Champions League.

Liverpool have also missed their talisman striker Daniel Sturridge through a thigh injury for most part of the season and haven’t been helped by the under performing newcomers. However, personnel have never meant much when these two great sides have met in the past. Great derbies often come down to desire and passion and Liverpool will have to demonstrate both qualities in abundance if they are to stay in the hunt for the final Champions League place.

Arsene Wenger’s side has made a mixed start following an encouraging end to the season last year. The Gunners finally ended the trophy drought with by winning the FA Cup and the Community Shield earlier this year. New additions in the form of Alexis Sanchez and Danny Welbeck provided great hope for the North London faithful this year. However, recurring injuries to key players like Walcott, Wilshere, Koscielny, Ozil and Ramsey has left the manager with an imbalanced eleven quite often.

Spectacular performances have been followed up with below par displays as the Gunners look to find the all important consistency before the crucial Christmas period. New signing Alexis Sanchez has bailed an under performing Arsenal side time and again this season, with 14 goals and 4 assists in just 18 games and continues to improve with every passing day.

Arsenal will be looking to make their way into the top four with a victory against Liverpool, assuming their opponents manage to take something out of their game against United.

Liverpool’s stunning 5-1 victory against Arsenal last season will work as an extra incentive for the Londoners to perform and Brendan Rodgers’s men will have to do their very best to ensure that they pick up another three points on the road.

In case you have a Red heart and you need any extra bite of inspiration, check this out – trust me, shiver down the spine.