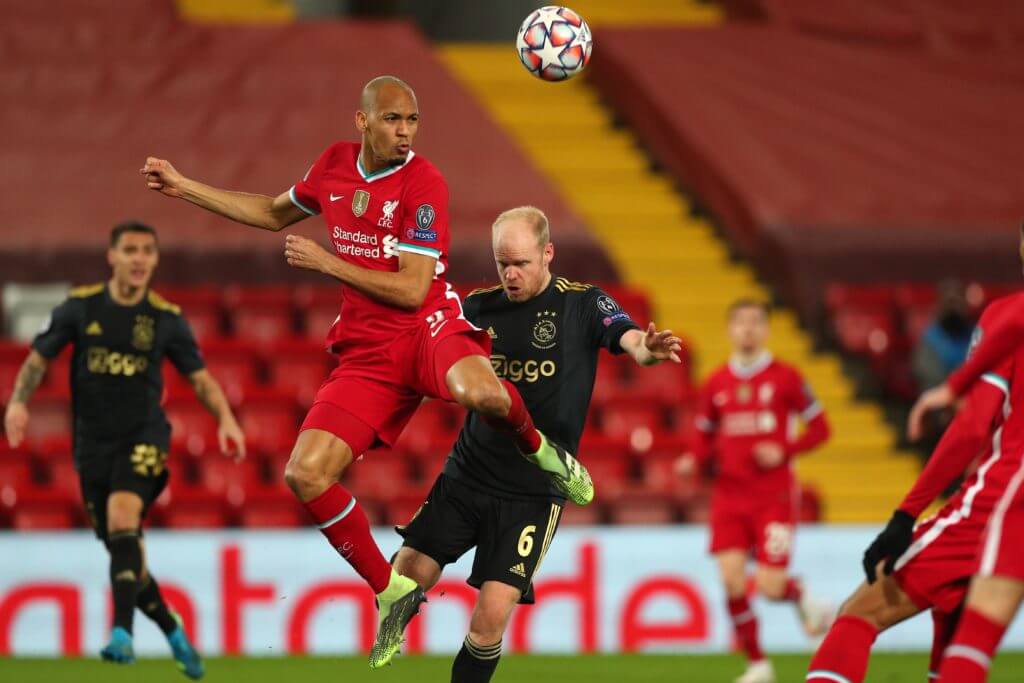 Liverpool booked their place in the knockout stages of the Champions League after beating Ajax 1-0 at Anfield on Tuesday night.

An error from goalkeeper Andre Onana helped Curtis Jones scoring the decisive goal of the match in the second half.

Although the visitors asked questions of the Liverpool defence, the central defensive pair of Fabinho and Joel Matip stayed resolute and ensured Liverpool pick up all three points.

Fabinho, who started once again at centre-back, impressed heavily during the game, and many Liverpool fans took to Twitter to comment on his performance. Here are some of the selected tweets:

Fabinho is one of the best centre-backs I've seen play for Liverpool in the past 20 years, by the way. Genuinely.

No ifs, buts or maybes.

I know we keep saying it now, but Fabinho really does just keep continuing to impress at centre-back every time he plays. He reads the game so excellently which makes up for slight lack of pace at his disposal. Outstanding at the back – one of the best in the world 🙌 pic.twitter.com/HrvuIhbNmO

What a night for Jones and Kelleher. Also a mention for Neco, played really well!

However it's time people realise how good Fabinho is. If you made a world starting 11, he'd start at CDM and probably CB at this rate.

That shouldn’t even be controversial. His reading of the game is unreal.

Yet another master-class performance

Fabinho was simply immense against Ajax. He made two tackles, two interceptions, and eight clearances according to WhoScored.com.

The 27-year-old – who is arguably one of the best central defensive midfielders in the world – is playing at centre-back this season for the Reds, following the long-term injuries to Joe Gomez and Virgil van Dijk.

The Brazilian has looked simply outstanding in his new role. His ability to read the game and his brilliant passing ability from the back is adding a new dimension to the side.

The problem with Liverpool this season is that they are having to deal with a lot of injuries, and it is becoming difficult for Jurgen Klopp to field a settled starting line-up.

In defence, Klopp simply cannot start with Matip every single game keeping in mind his poor injury record. With games coming thick and fast, there has been a constant rotation at the back. Against Brighton, Fabinho started alongside Natt Philips, while Rhys Williams also played in the previous Champions League games.

Liverpool will be without their first-choice keeper Alisson for Sunday’s league game with Wolves after he picked up a hamstring injury. Caoimhin Kelleher – who deputised for the Brazilian – is likely to keep his place in the side.