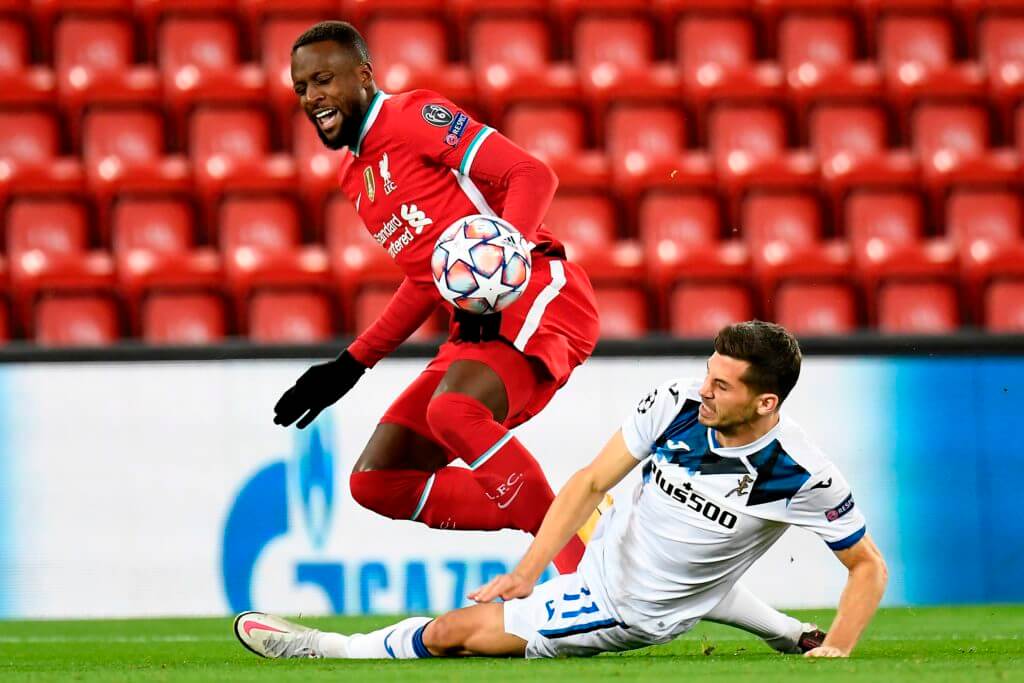 The qualification from Champions League Group D is now wide open after Liverpool suffered a 2-0 defeat against Atalanta at Anfield on Wednesday night.

Josip Ilicic and Robin Gosens scored within four minutes in the second half against a much-changed Liverpool side that lacked the fluidity and cutting edge that we normally associate with the reigning Premier League champions.

Jurgen Klopp’s side failed to register a single shot on target, with the Reds boss admitting that it was a ‘deserved defeat’. With nine points from four games, Liverpool still remain top of the group and need one win from their final two games – at home to Ajax and away to Midtjylland – to qualify.

Klopp made a few changes from the last game, with Divock Origi and Mohamed Salah included in the starting line-up.

It was just the second start for Origi this season. The Belgian striker once again failed to make an impact and was taken off in the 61st minute, replaced by Roberto Firmino.

The 25-year-old earned a blast from Klopp on the touchlines for his sluggish performance – his lack of pace, movement, and touches were below par.

Liverpool fans have criticised Origi’s performance on Twitter, with many questioning Klopp’s decision to start with the Belgian ahead of Takumi Minamino. Here are some of the selected tweets:

• Very, very poor.
• Shocking individual performances.
• 0 shots on target sums it up.
• Should’ve started a stronger team.
• Origi just not good enough.
• Neco Williams needs a loan.
• We’ll still go through, I think.
• Can I get my 92 minutes back?

Should be Origi’s last game for Liverpool. He ran faster to come off then he did all game.

Origi plays like he’s never seen a football in his life.

Origi’s time at Liverpool coming to an end?

The Belgian is a natural finisher who tends to go on scoring sprees but needs consistent game time to get into form.

In 2016/17, he scored five goals in five consecutive games. The same trend continued in 2017/18 where he scored four goals between mid-September to mid-October.

In 2018/19, he scored four goals in four games towards the end of the season, including two crucial goals against Barcelona in the Champions League semi-final at Anfield and the winner against Tottenham Hotspur in the final in Madrid.

Last season, he struggled for game time and mostly made appearances from the bench. Origi is a different kind of striker to that of Firmino who brings a lot more to the side with his overall contribution.

However, what has been really frustrating is that he’s not taking the opportunities when presented. His link-up play with other forwards has been really poor, and his intelligent movements (running in channels and direct runs) are missing from his game.

It’s hard for him to dislodge Firmino from the starting line-up, but Origi is failing to persuade Klopp that he could a lethal option from the bench as well.

It seems, his career is stalling at Liverpool. He is still relatively young, and a move away from Anfield is probably needed to resurrect his career.