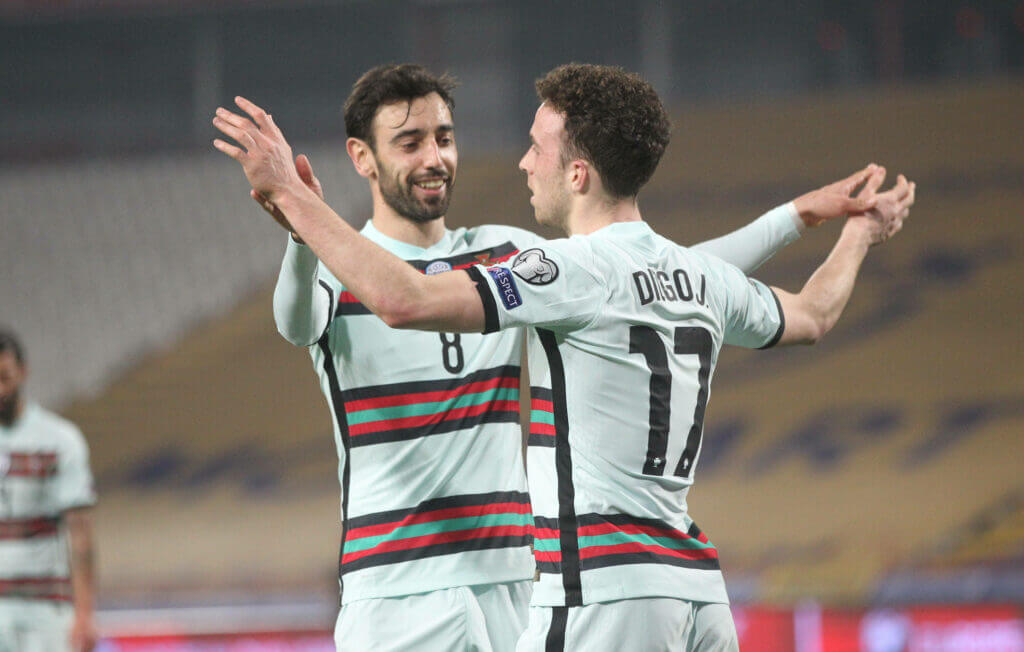 Liverpool forward Diogo Jota scored a brace for Portugal during their World Cup qualifier against Serbia.

However, despite his heroics, he couldn’t help Portugal win, although they should have secured the three points.

Cristiano Ronaldo stormed off the pitch after he was denied a last-minute winner.

The Juventus forward was absolutely convinced his late strike had crossed the line, which would have earned a 3-2 victory for Portugal. The replays showed he was correct.

However, Liverpool fans were drooling over Jota’s performance last night.

The 24-year-old joined Liverpool during the summer for £41 million from Wolves, and he’s proved a superb signing for them.

The versatile attacking midfielder has scored 10 goals for the Reds in all competitions during 2020/21 despite missing a chunk of the season through injuries.

Jota is back to full fitness, and he is now scoring goals for both club and country regularly.

Liverpool fans will hope that he can bring his Portugal form back to the Premier League as they hope to get into the top-four.

Diogo Jota has scored or assisted in each of his last 4 starts for portugal 🇵🇹. Special player 🎩✨ pic.twitter.com/poLL2YPvTQ

Bruno this, Ronaldo that.

Jota is an insanely good player.

We can all agree that Jota is world class 👍