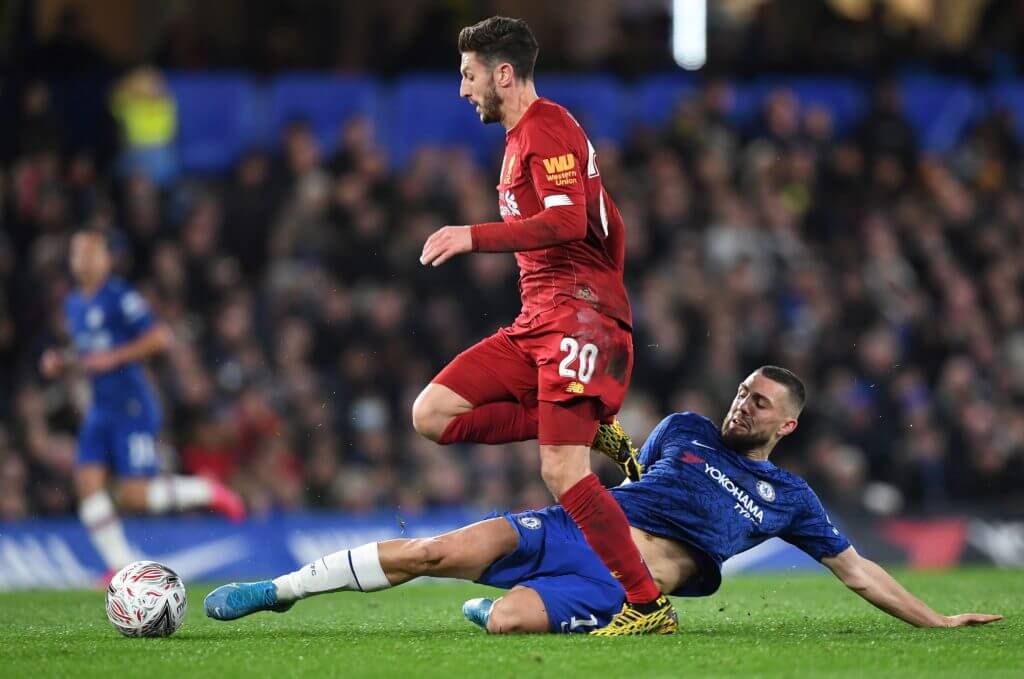 Liverpool lost 2-0 against Chelsea in the fifth round of the FA Cup tie at Stamford Bridge on Tuesday.

The Reds have been outstanding in the Premier League this season and are on course to winning the title for the first time in over two decades.

However, they’ve now lost back to back games against Watford and Chelsea, and surely Jurgen Klopp will demand an improvement in performance and result from his players.

Adam Lallana, who started the game for the Reds, said after the match that it was an end-to-end contest and that everyone is bitterly disappointed with the result.

Many Liverpool fans have taken to Twitter to express their reaction to his comments and most of them aren’t positive. Here are some of the selected tweets:

Maybe you should’ve actually tried then

Should have played with some urgency then

I want an explanation on how this man made it to our starting line up in the first place.

Sorry Adam, you need to up your game. Not the only one, but reasonable to expect more from you.

Lovren and Lallana should leave Anfield their football ain't promising

Get out of my club

The 31-year-old is out of contract at Liverpool at the end of the season, and the Reds aren’t keen on renewing his deal. Tottenham, Leicester and West Ham are reportedly interested in signing him.

To be honest, Lallana hasn’t played badly against the Blues. He took one shot, attempted one key pass, made two tackles, and managed 87.5 % passing accuracy, according to Whoscored.com.