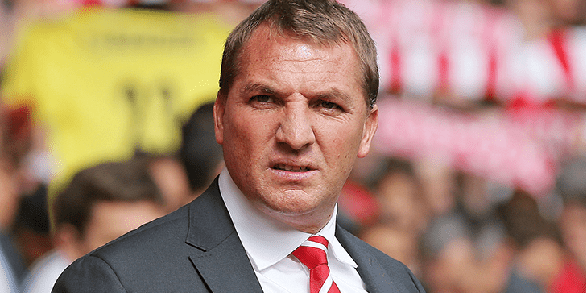 Liverpool manager Brendan Rodgers has recently told fans of the club to expect one or two loan deals this January and not big money transfers. The main reason for this being that Liverpool are one of the few clubs committed to the latest break even rules.

The break even policy is designed to stop clubs from spending their owner’s personal cash, restricting them to only spending money which they generate through the club as a business placing the emphasis on breaking even.

This has already had an impact on Liverpool who have been forced to field a number of younger players in the first team as Rodgers has not had millions in transfer money to spend on strikers and attacking players.

Liverpool owner John Henry is a very wealthy man but he is not a stupid man, he is using his business sense to ensure that Liverpool, similarly to Arsenal, are in a stronger position over the next few seasons to throw their financial weight around.

Talking to the Liverpool Echo back in August, Henry said:

“It is very important from our perspective that UEFA is successful in implementing Financial Fair Play.

It is a key element. Are they determined to implement it? We don’t know. It doesn’t seem to be slowing down anywhere.”

Liverpool are basically suffering at the moment because they are following the current rules to the very letter. Although the club generates a large percentage of its cash through sponsorship, there has been no renegotiation of existing deals to free up surplus cash in a similar way that Manchester United and Manchester City have done.

The club sits in 11th place in the Premier League table, highly unlikely to go down but highly unlikely to win anything domestically. Liverpool have three wins, seven draws and three defeats which has come from having to field those younger players and having only one fit striker in Luis Suarez.

It all leads to the question of what Liverpool are going to do next. Their current status in relation to the Financial Fair Play Rules and a bid to break even is very clear which means the club can’t really afford to pay double figures in millions for new players in January.

What they can do is re-structure in terms of wages which means they will be able to afford some of the best loan players available. The club have been strongly linked with a loan move for Aston Villa striker Darren Bent which looks more likely than the £15 million fee quoted for Chelsea’s Daniel Sturridge.

“The squad has been ultra-thin right the way through. There will be some money available.

There have been a million names linked to the club and the brutal honesty of it is that ninety nine per cent of those we haven’t been thinking about.

But there will be a bit of money to spend and hopefully we can get one or two loans in, if that’s possible, to reinforce the group.”

It’s not all doom and gloom for Liverpool fans because the club is good enough and big enough to attract big names with the most common stumbling block in loan deals being the wages requested by the parent club.

Liverpool are keeping a very sensible head on things and ultimately the club has a great structure in place which is going to prevent any sort of financial meltdown over the coming seasons.

The attempts to break even have forced the manager to bring youth players in through the ranks which has seen the rapid development of players like Raheem Sterling and Spaniard Suso who would be sold for princely sums based on some of the current fees in the transfer market.

The break even attempt has placed pressure on the club’s youth system and academy but it means Liverpool will just grow as a financial business and will be able to afford the best players in the loan market and in the transfer market over the next few seasons.

In a similar manner to Arsenal, fans just need to keep faith because the club have a very sensible owner in a place, an obviously talented manager and a supply line of gifted youngsters that will be supported in January in a very sensible way.

The days of paying £35 million for Andy Carroll have long gone.