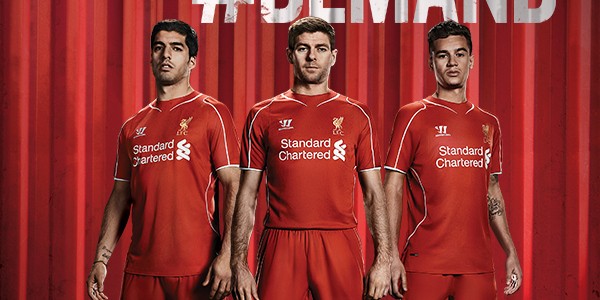 The Liverpool 2014/15 kits, both home and away, have been released, with Warrior Sports taking inspiration from the highly successful 1960s era at the club to create these classic looks. 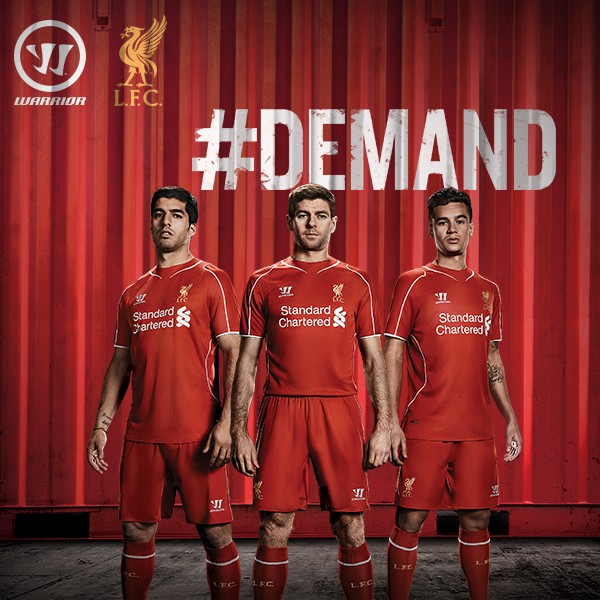 The new strip’s design takes inspiration from the Roger Hunt MBE era in the 1960′s where he was a major factor in the club’s success, including promotion to the First Division and the team’s very first FA Cup win. 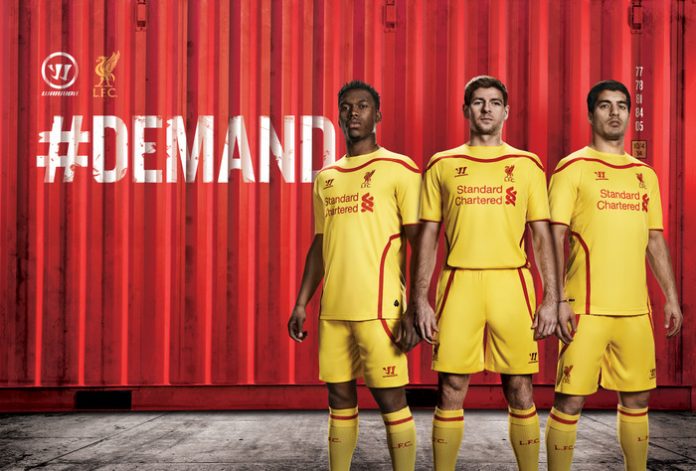 The bold yellow design features flows of red which follow the natural contours of the body, and Warrior’s signature moisture-wicking ‘War-Tech’ fabric, which together with the latest in ventilation and temperature control technologies puts this kit at the top of the range in terms of aiding performance and maintaining comfort throughout the 90 minutes. 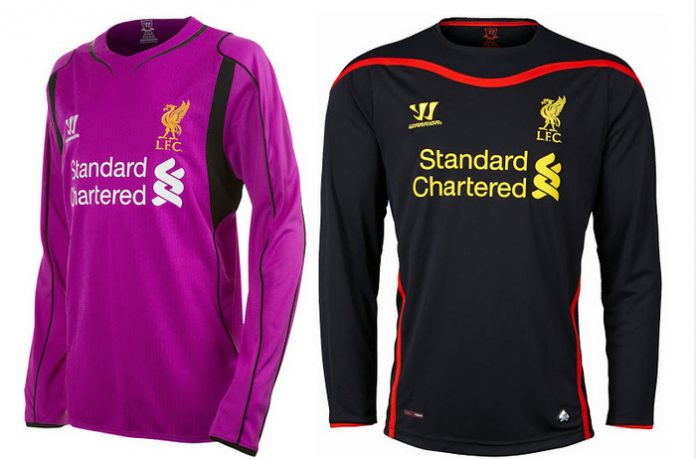 Liverpool have gone for purple with their keeper’s home kit, while the away shirt is decked in black.