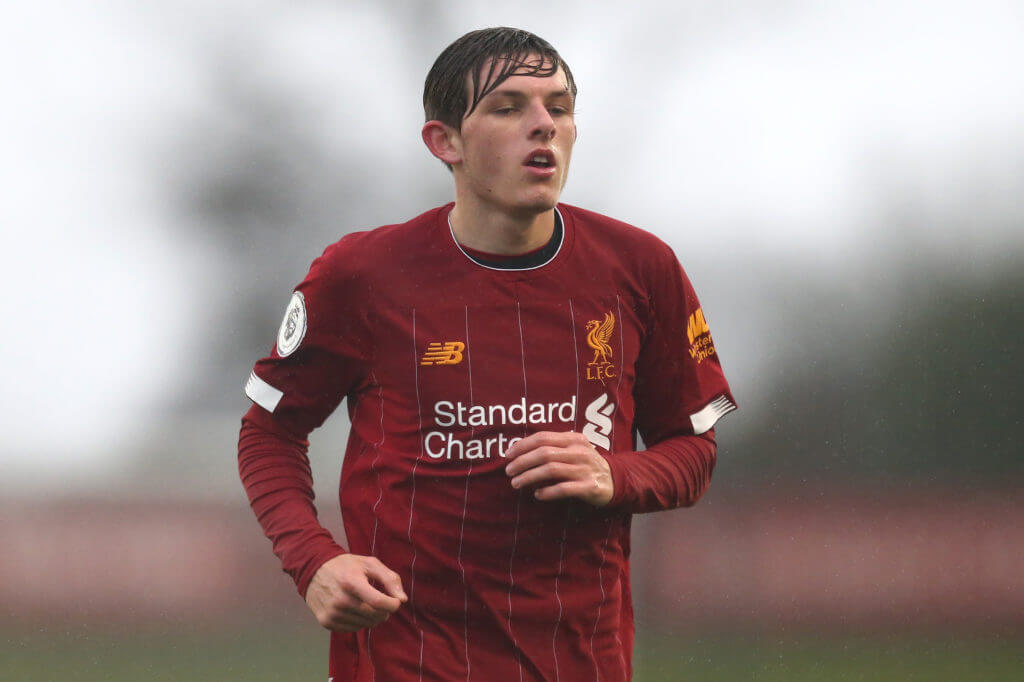 Liverpool drew 1-1 against Danish club FC Midtjylland on Wednesday in the Champions League.

With the Reds having already qualified to the knock-out stages, remaining top of the group as well, Jurgen Klopp gave opportunities to several young players.

Leighton Clarkson was one of them. The 19-year-old was named in the starting line-up for the Group D finale clash, and the youngster went on to play for the full 90 minutes.

Clarkson is a player of immense talent, and it was his third appearance for the Reds’ senior team. However, representing Liverpool at the European stages was really special for him.

When asked about what advice he received from the manager ahead of the match, Clarkson told the club’s official website:

“He just said: ‘Play your normal game.’ I’ve been training with them for quite a bit now but that was like my proper debut. They were just saying, ‘Feel free, be yourself.’

“For me to be up there training with them I’ve got to have shown him something so I’m happy I’ve done that and I’m obviously delighted [the manager] gave me this opportunity and I feel like I’ve taken it.”

The highly-talented midfielder previously represented Liverpool in the Carabao Cup and the FA Cup last season. Klopp is aware of his talents, as he trains regularly with the senior side.

It was a solid performance from the youngster who impressed with some delightful passes. Although he lost possession (a few wayward passes), overall he can look back at the performance with great pride.

The match will also have been special for Liverpool right-back Trent Alexander-Arnold, the local boy, who proudly captained the side before Jordan Henderson took over the armband in the second half.

The dead-rubber fixture also saw Klopp giving chances to youngsters like Caoimhin Kelleher, Rhys Williams and Billy Koumetio, with the latter becoming the youngest player ever to feature for the club in the European competition.

Apart from VAR playing the spoilsport once again, another major highlighting feature of the match is the new record created by Mohamed Salah who became the club’s top scorer in Europe’s premier competition with 22 goals, surpassing club-legend, Steven Gerrard.