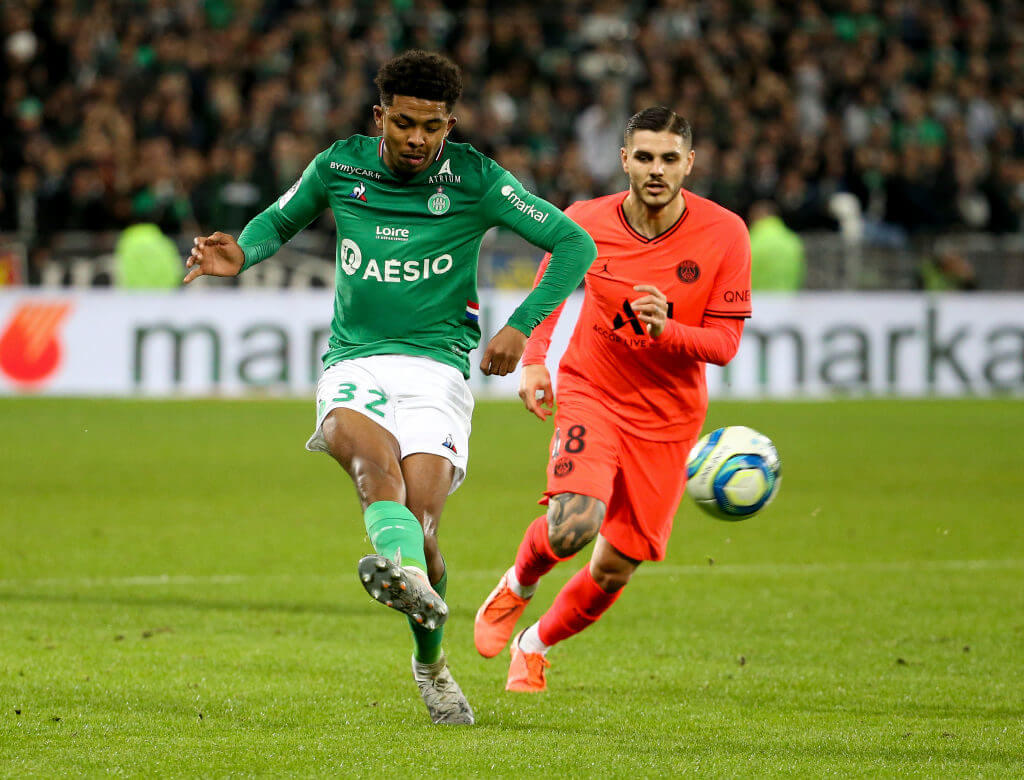 Leicester City are interested in St Étienne central defender Wesley Fofana, but no formal bids at this stage, according to sources contacted by Get French Football News. More follows.

The 19 year old is highly rated in France and he could prove to be a solid long term investment for Brendan Rodgers’ side.

It will be interesting to see if Leicester City can agree on a deal with the French side for Fofana.

The youngster is highly rated at the club and they might not be keen on cashing in on him just yet.

Fofana could be the long term replacement for Jonny Evans at Leicester City. The talented young defender has a big future ahead of him and working with Rodgers could help him fulfil his potential.

The Leicester City manager has a reputation of improving young players and he has proven that at Swansea, Liverpool, Celtic and Leicester City so far.

The chance to join a Premier League club is often tempting and it will be interesting to see how the 19 year old reacts if Leicester come forward with a concrete proposal in the coming weeks.

Leicester City have already signed Timothy Castagne from Atalanta and it seems that they are not done with their defensive reinforcements yet.