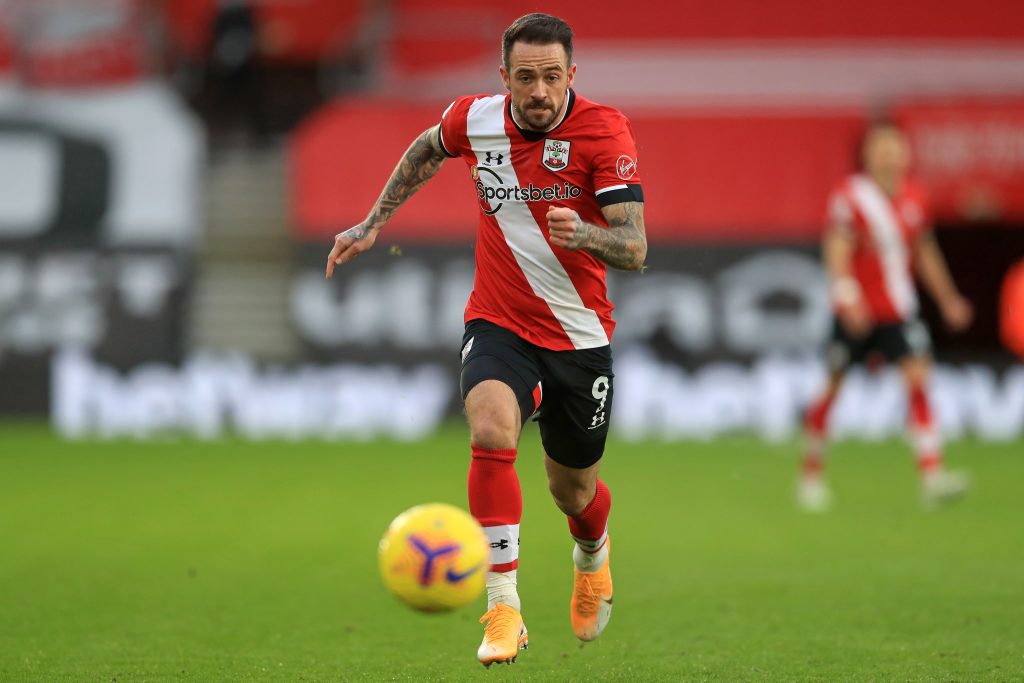 Leicester City and Everton have joined the race to sign Southampton striker Danny Ings at the end of the season, 90min reports.

The England international has revived his career since his move to the Saints from Liverpool in 2019, registering 40 goals from 81 appearances in all competitions.

His progress has also seen him return to the national team fold after a lengthy absence and there is now speculation whether he will stay with the Saints beyond the summer.

The striker’s current deal with the south coast outfit expires in June next year and the club have yet to negotiate a fresh contract with the 28-year-old.

While the Saints are reluctant to sell him this month, it is reported that they may be forced to consider his exit this summer, should they fail to extend his deal by then.

Tottenham Hotspur have recently been linked with his services and it appears that Leicester and Everton have joined the transfer pursuit.

Ings has been one of the Premier League’s leading strikers over the past 18 months where he has scored 29 goals from just 51 games.

Hence, there will be speculation regarding his future and the Saints may be compelled to sell him in the summer unless they manage to sort out his renewal.

Leicester have largely depended on Jamie Vardy to lead the line and the 34-year-old has delivered over the years with more than 100 Premier League goals to his name.

However, Brendan Rodgers’ side may look into the future and Ings could be a suitable replacement for Vardy while they could also play alongside each other.

Everton also have room for improvement up front with Dominic Calvert-Lewin being the only reliable striker in their ranks, similar to Vardy at Leicester.

Ings would ideally provide competition for places at both clubs and better their prospects of finishing in the European places in the coming years.

Ings, who is currently the Saints’ highest earner at £75,000-a-week, has registered seven goals and three assists from 13 Premier League games this season.