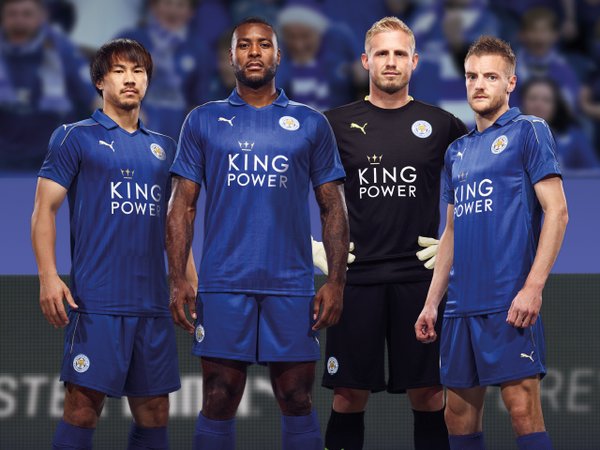 The newly crowned Premier League champions, The Foxes, have unveiled the brand new Leicester City 2016-17 Home Kit manufactured by Puma, on May 6, 2016.

Following Leicester’s unprecedented 2015-16 Premier League triumph , the new home shirt is certain to become the most popular ever in the club’s history.

The Leicester City home jersey combines a blue base with golden accents giving it a classical feel.

Boasting a traditional yet stylised collar, the classical new Leicester home shirt for 2016-17 presents a bold, geometric jacquard design to the body and sleeves to create an eye catching on pitch statement.

The subtle use of golden accents, specifically the Puma logo on the chest and shoulders of the Leicester 16-17 home jersey, and the textured form stripe and contrasting piping featured on the shirt and shorts showcase the club’s Champion status giving players and fans alike a look to be proud of. 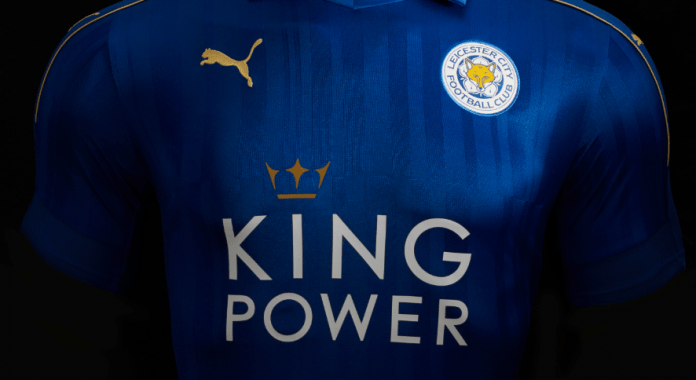 “Again, PUMA have created a kit which looks fantastic. The piping on the front and back which offers hints of gold looks great and will help us stand out on the pitch.

The new official Leicester City home kit 2016-17 will be available to buy in store from 9AM on May 6, but fans will have to wait till May 25 to purchase online.

The Leicester home kit has been priced at £50 for adults, and £35 for kids. Judging from the reactions on social media, it seems the fans are happy with the all-blue home kit, and are proud with the golden Premier League winner badge on the sleeves.