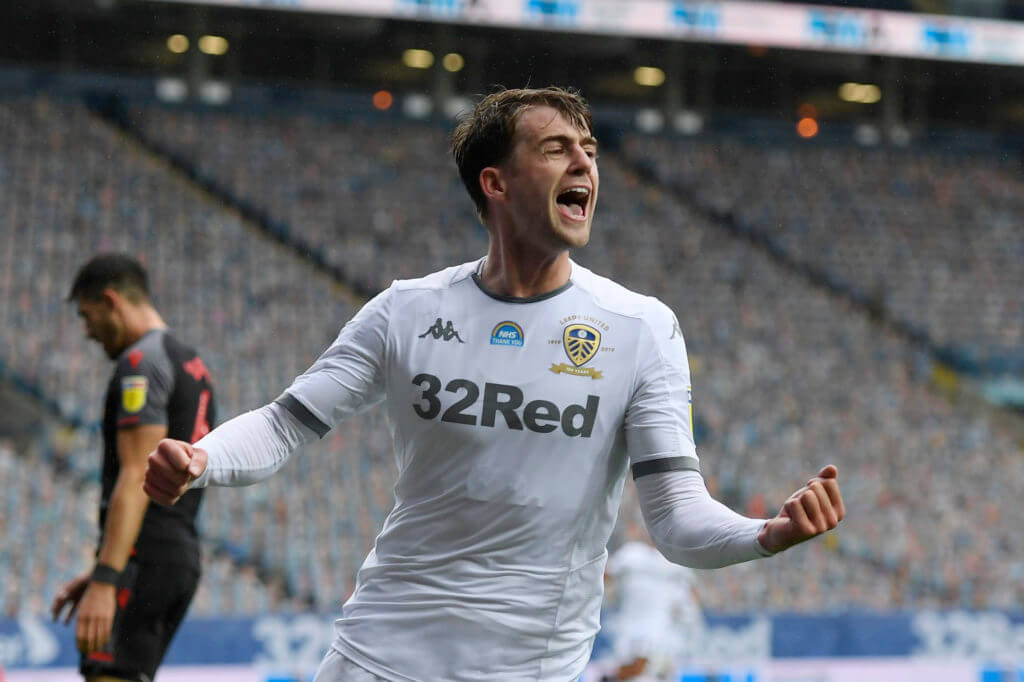 Leeds United moved a step closer to securing promotion to the Premier League after beating Stoke City 5-0 in the Championship at Elland Road on Thursday.

With that victory, the Whites have regained the top position in the league, and are on course to ending their 16-year Premier League absence.

The Whites got the breakthrough towards the end of a dominant first half when Mateusz Klich stroked in from the penalty spot.

The second half saw complete ruthlessness from Marcelo Bielsa’s side, with Helder Costa, Liam Cooper, Pablo Hernandez, and Patrick Bamford getting their names on the scoresheet.

Many Leeds United fans took to social networking site Twitter after the game to express their reaction to Bamford’s performance. Here are some of the selected tweets:

Bamford’s been one of our best players since the restart and I won’t hear otherwise, playing out of his skin.#LUFC

Buzzing for Bamford and Costa 👌💛💙

Costa shoved the words down so called fans tonight !! Him and bamford was phenomenal

Absolutely sensational football. Calm, controlled, confident with an absolutely sublime step over by Patrick Bamford (what awareness of where Pablo was) and that shot… what a goal. That match should give the lads all the confidence needed to finish the job. Brilliant.

That was quite simply outstanding from @lufc today. No ifs, no buts. A Premier League performance in all but name. The movement, the speed the quality. Delighted for Bamford, great finish that capped off a superb individual effort. As for Hernandez….. 🔥🔥🔥 #lufc

The 26-year-old has scored 16 goals in the Championship this season, and he is the club’s top scorer. However, Bamford has come under a lot of criticism from the fans, mainly for his precision in front of goal.

However, Bamford works extremely hard for the team, and Bielsa trusts him heavily. It seems the former Chelsea striker has regained his scoring touch after the break having scored three goals in the last five games.

Leeds managed 71% of possession and registered 19 shorts of which they managed to keep 11 on target, according to BBC Sport.