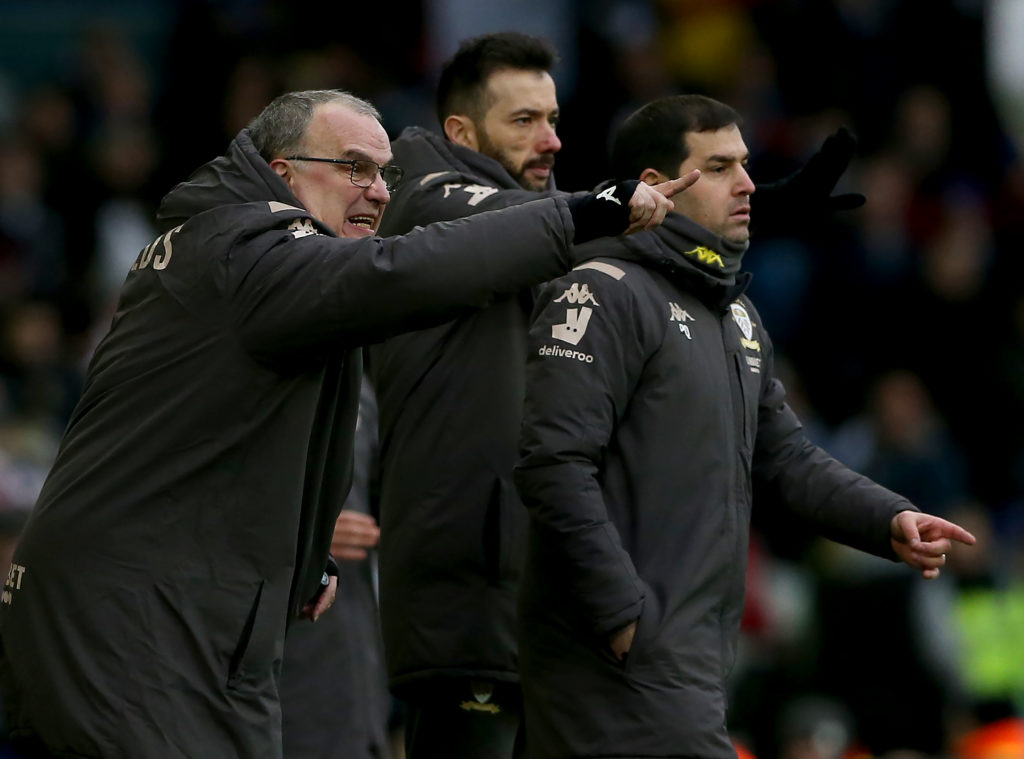 Leeds United suffered a 2-0 defeat against Cardiff on Sunday afternoon after the Championship restart.

Junior Hoilett scored a superb goal in the first half capitalising on a rare mistake from Kalvin Phillips. Robert Glatzel, who came on as a substitute, smashed home a second on 71 minutes.

Leeds dominated the match. The Whites enjoyed 69% of possession and attempted 17 shots during the game. However, it is the familiar problem of poor finishing that came back to haunt them once again.

Marcelo Bielsa said after the game (via Adam Pope on Twitter) that it was not normal for his side to concede twice from two mistakes.

The Argentine felt that Leeds should have been more accurate with their crosses and that they should have created more chances. Bielsa was happy with his player’s efforts saying they ran well considering the break from action.

Many Leeds fans were not impressed with Bielsa’s remarks. Here are some of the selected tweets:

We looked fit but not match sharp. The play was all a little sluggish and not as accurate as we used to seeing. Need to be alot sharper against Fulham, I think we will be

"ran well" who cares? Harrison & Bamford are why Leeds don't score run all you want but those 2 are toothless and take the wrong option 9/10

Bamford is today’s Ran of the match

Lol its the same every game we lose

I feel it's unfair to say the players ran well considering the break, when the Cardiff players ran better and performed better, and won.

Regardless of the mistakes, we couldn't pass the ball consistently at any period throughout the 90 odd minutes. That's awful.

The pace in which we went forward played into their hands. Too slow which gave a very well organised time to get their shape. No creativity in their third and give sloppy, unprofessional chances away in our third. We score a lot on the break when teams can’t re-set. Poor

Embarrassing. Not because we lost to a good team, and not because we didn't score, but because so many 'fans' can't wait to turn on the lads. Bielsa is bang on, we played well and deserved more. We'll get ours next week #mot

I could of spoke for him, it is the same problems and same issues that Leeds go through when they lose. A mistake and inability to finish. Cooper always make mistakes, costa no words, Harrison hit and miss, klitch a worker but decision making not on point. Failed to do basic

Although the stage was nicely set for Leeds to increase their lead at the top after Fulham and West Bromwich Albion dropped points yesterday, the Whites couldn’t capitalise on it.

As a result of the win, Cardiff are now level on points with sixth-placed Preston, while Leeds remain level with leaders West Bromwich Albion, seven points ahead of third-placed Fulham.