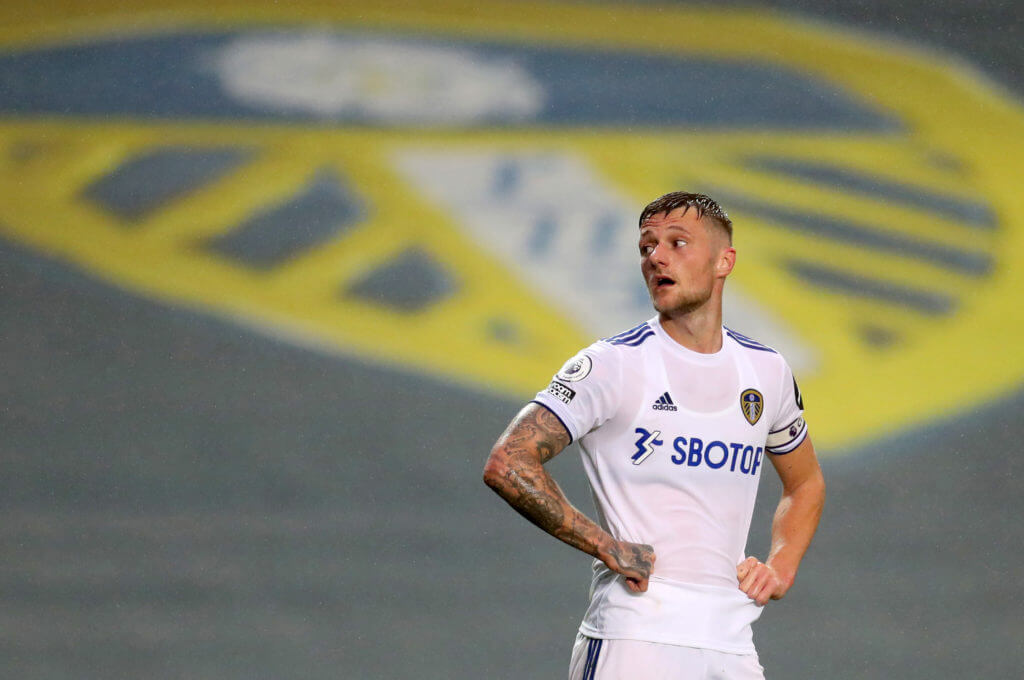 Leeds United will be without their skipper Liam Cooper in their next Premier League game against Wolverhampton Wanderers.

The Whites confirmed yesterday that Cooper will be out for two weeks after he picked up a muscular injury whilst on international duty.

Summer signing Diego Llorente is also likely to be absent. The Spaniard also picked a muscle injury during the international break.

Both the players returned to Thorp Arch after picking up groin injuries on international duty whilst representing Scotland and Spain respectively.

Following scans, Leeds have confirmed that Llorente will face up to three weeks out.

Cooper is expected to be available within the next two weeks.

Many Leeds fans feel that Cooper should stop playing for the country and focus more on club football to prolong his football career.

There are some fans who feel Leeds should delve into the transfer market and sign Joe Rodon from Swansea City. Here are some of the selected tweets:

If Pascal performs well against Wolves I say keep him in . If nothing else sends a clear message to Coops to pack in this Scotland lark for the good of his Leeds career .

Cooper must not play international games again. He comes back injured all the time

As long as dallas is on the pitch it doesn't matter, he'll just plug any gaps

Struijk a possibility but I’m not convinced on him. Or Ayling CB and either Alisoki or Shackleton full back

We need someone to stop Adama Traore….

Marcelo Bielsa is likely to use either of Pascal Struijk or Stuart Dallas alongside summer signing Robin Koch when they face Wolves in their next game.