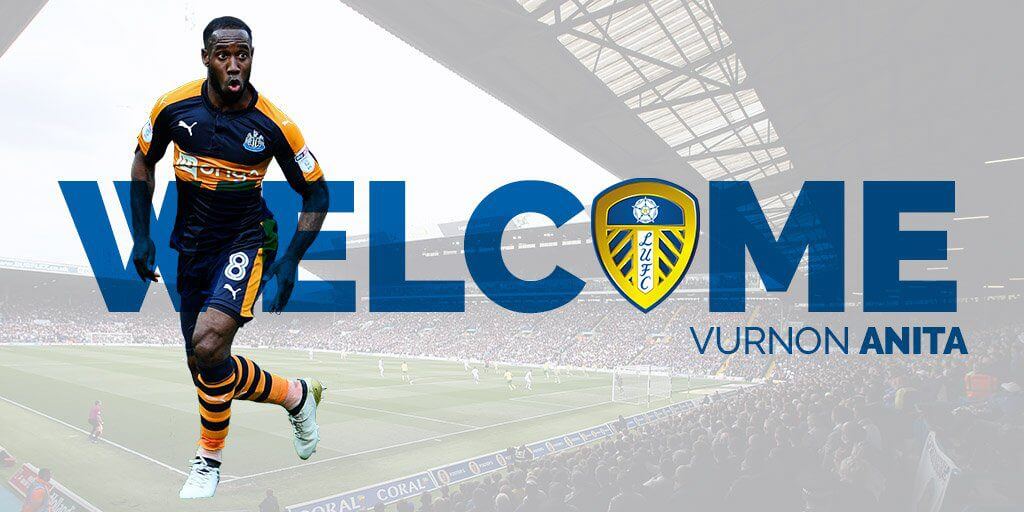 Leeds United have agreed on a deal to sign the former Newcastle United midfielder Vurnon Anita on a free transfer.

The 28-year-old was released by the Magpies earlier this summer and the versatile Dutchman has decided to stay in the Championship with Leeds for another season.

Leeds have confirmed the deal on their official website.

✍️ We are delighted to confirm the signing of Vurnon Anita, who joins the club from @NUFC. Read more at: https://t.co/ETJLNZ7A2M pic.twitter.com/tgmiWQKcfw

The former Newcastle player can operate as a defensive midfielder or a full back. He was a part of the squad that secured promotion for Rafa Benitez’s side.

Leeds have already signed the likes of Hadi Sacko, Felix Wiedwald and Mateusz Klich. Anita will be their fourth summer signing.

The experienced Dutchman has played in the Championship as well as the Premier League. Thomas Christiansen’s side could definitely use a player of his calibre and experience next season.

The Whites will be hoping to secure promotion to the Premier League next year and signing the likes of Anita is a step in the right direction.

The former PSV star made 25 appearances for Newcastle last season. He also has four international caps to his name.

Anita could make his Leeds United debut in Saturday’s pre-season friendly with Guiseley at Nethermoor Park.