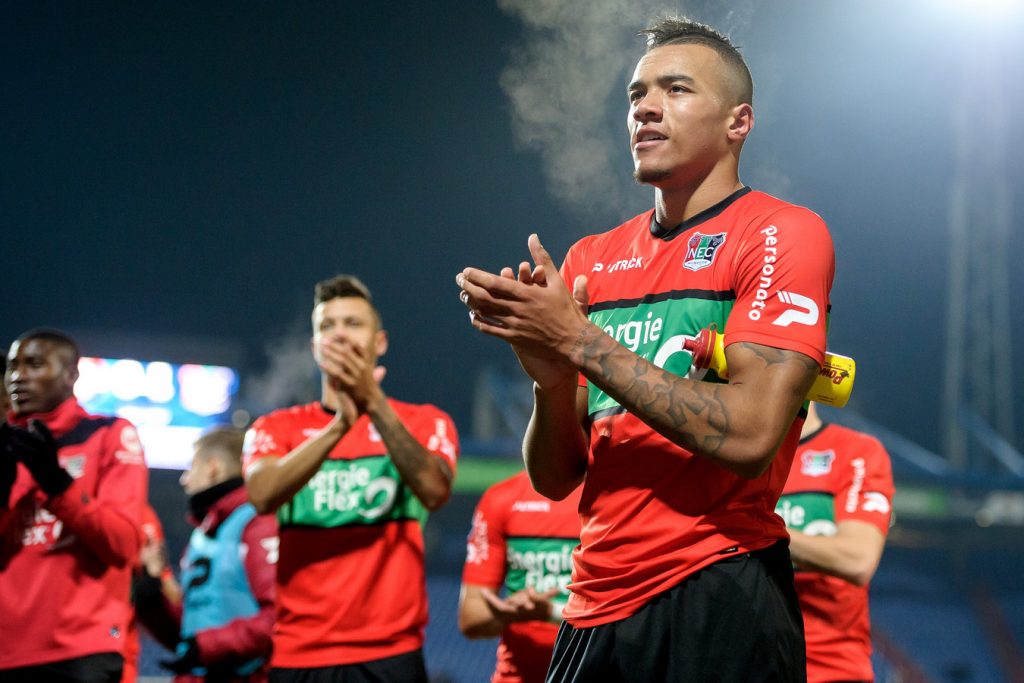 Leeds United have completed the signing of striker Jay-Roy Grot from Eerste Divisie side NEC Nijmegen for an undisclosed fee.

The 19-year-old, speaking exclusively to LUTV, said that the move from the Netherlands’ second tier to the Championship is a huge step in his career.

“I’m very happy, this is such a big club and it is a big step in my career to play for Leeds United, which has such a big history,” said Grot.

“I was so excited when I found out about the interest from Leeds United, coming from Holland it was my dream to play in England.

“Leeds have had a good start to the season and won a lot of games, so I am happy to come in at this point.

“I’m a strong and fast player, I will always try to do my best, work hard and try to score as many goals as possible.”

Grot admitted that he was hoping to get his first start for his new club as soon as possible. Leeds travel to Nottingham to play Forest at the City Ground on Saturday.

“For sure, I want to try and help Leeds get into the Premier League.”

Leeds have made an unbeaten start to the new season, picking up to wins and recording two draws in their opening four games in the Championship.