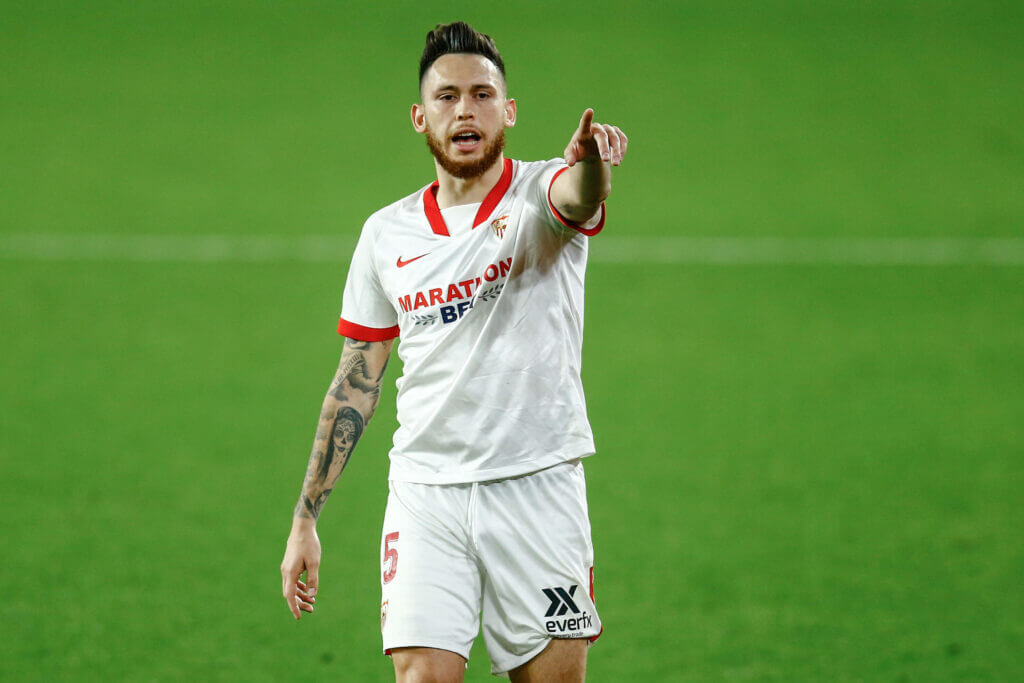 According to the Daily Mail, Liverpool and Leeds interested in signing the 26-year-old attacker, but he has insisted that he is ‘not thinking of playing anywhere else’ right now.

Ocampos joined Seville from Marseille two years ago. He has impressed heavily at Ramon Sanchez-Pizjuan, establishing himself as one of La Liga’s most impressive wingers.

The versatile attacker, who can play across the front line, has scored four goals and provided four assists this season in La Liga. The Argentine also played well last season, scoring 17 goals and helping Sevilla win the Europa League.

Liverpool are looking to bolster their attacking ranks in the summer, and they have earmarked Ocampos as a potential option. His pace and quality would make him a valuable asset for Jurgen Klopp’s side.

The Daily Mail claims that Ocampos has a £56 million release clause in his contract.

Liverpool are trying to lower down the asking price, and the Reds are willing to include Takumi Minamino in the deal to try to tempt Sevilla into parting with the Argentine.

The winger previously played under Marcelo Bielsa during the 2014-15 season, but it seems he is not looking to leave the Spanish club at the moment.

In other news, Leeds have joined West Ham and Fulham in the race to sign Omar Colley.