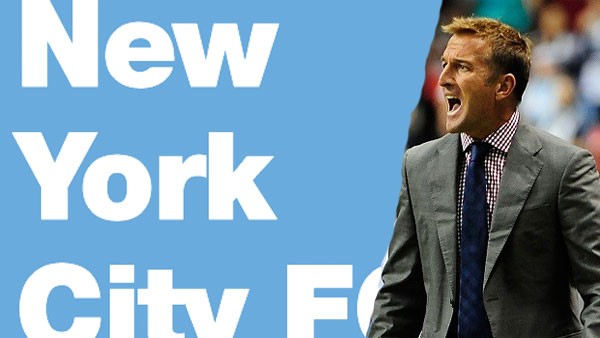 It was coming for days. The signs were there, as Jason Kreis walked around the Rio Tinto Stadium for a good ten minutes after his sides’ last home game of the year, a 4-2 win over the Portland Timbers that put Real Salt Lake on the brink of MLS Cup. He walked around the pitch, soaking the scene in for the last time as a good guy in Utah.

He had a chance to go out on top, but when Lovel Palmer’s penalty thundered off the bar, Kreis’ reign at RSL ended in the most painful way – a ten-round penalty shootout loss in the MLS Cup Final.

So it ended in heartbreak, but ended all the same. Kreis’ mind was made up about a move to the expansion franchise New York City FC for months.

It’s easy to see why MLS’ newest and possibly its glitziest team wanted a small-town career MLS boss. Players who have come into MLS from Europe like Nigel Reo-Coker and Thierry Henry have singled out Kreis’ RSL as the model franchise in MLS – a franchise that builds a balanced squad from the ground up and almost stubbornly plays attacking, possession-based football in a rough and tumble league.

It’s even clearer to see why Kreis was so eager – after seven years, 112 wins, three finals, and a team in Salt Lake built entirely in his image – to leave.

As a player, Kreis had huge success in MLS, but he could never translate it to the international or intercontinental stage. Now, as a coach, he has his chance. 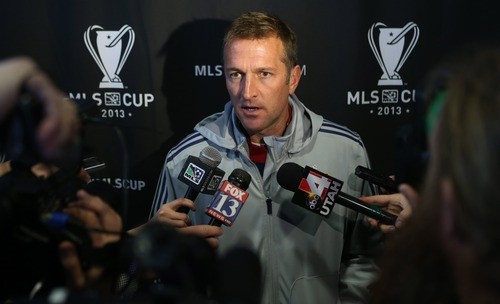 Kreis’ first task in his new job? He’s headed to Manchester in January to immerse himself in all things Manchester City. He’ll spend time picking the brains of Manuel Pellegrini, Patrice Viera, and Tixki Begiristain. He’ll also be scouting. Yes, an MLS coach will be scouting the most expensively assembled football team on planet Earth.

Kreis will almost surely have the pick of a crop of Manchester City youngsters and aging stars to build around when his new team starts play in 2015. Does he want Samir Nasri? Or how about James Milner, or other current City stars to fill his three Designated Player spots?

Kreis will also be rubbing noses with the movers and shakers at the very top levels of European football. Not many in Europe could find Salt Lake on a map. Now, Kreis has the chance to make a name for himself as the right arm of the great Manchester City.

With NYCFC, Kreis will have all the resources he could possibly wish for. He’s got the checkbook and the market to make the kind of splash he couldn’t make at RSL no matter the footballing success.

This venture is the answer to what would have happened if the Oakland Athletics’ Billy Beane had taken the Boston Red Sox job – his Moneyball philosophies no longer applied to find the gems in the scraps of the rest of baseball, but to decide who is best out of the cream of the crop.

Just look at the DNA of NYCFC – they’re owned by the New York Yankees, and they’ll start life in MLS playing at Yankee Stadium until a soccer-specific facility is built; and Manchester City, who will be bosses on the soccer side of things, and provide money and players and an immediate air of invincibility and superiority.

These guys aren’t the Cosmos, but if chips fall in the right places they could come pretty damn close.

The poster that welcomed Kries was a picture of the former Salt Lake coach in blue and white – reminiscent of the famous “Welcome to Manchester” billboard for Carlos Tevez. 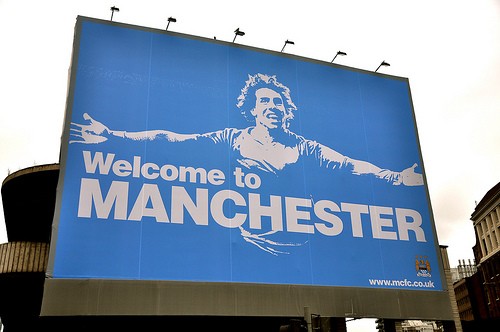 It is also interesting that NYCFC is the closest club to MLS’ headquarters in New York City, because the whole idea of NYCFC is so counter-MLS that it seems the two should be located on opposite equators.

MLS was and still very much is a league so eager to avoid the mistakes of the NASL that it has spent less money, brought in less stars, and created a low-risk, low-reward business model that has ensured growth – but slow growth.

The NASL had better attendance and TV ratings in its heyday in the 70’s than MLS has ever had. But it grew to quickly, was too reliant on stars, and when the stars left, the league crumbled.

After 19 clubs were founded on small-market budgets with a focus simply on survival and advancement of the league, the landmark 20th team is all flash.

NYCFC is based in the second biggest city in the world. They will spend, and they will draw.

MLS is all about small markets. The excitement of the league is that if you’re smart enough and play well enough, you can win the title whether you are from Columbus or LA. It doesn’t matter.

Well now, a the model small market franchise, Real Salt Lake, has been blown out of the water for their coach that they would have done anything in their power to keep.

This is a brave new step for Jason Kreis, and MLS. The grand NYCFC experiment is off and running.