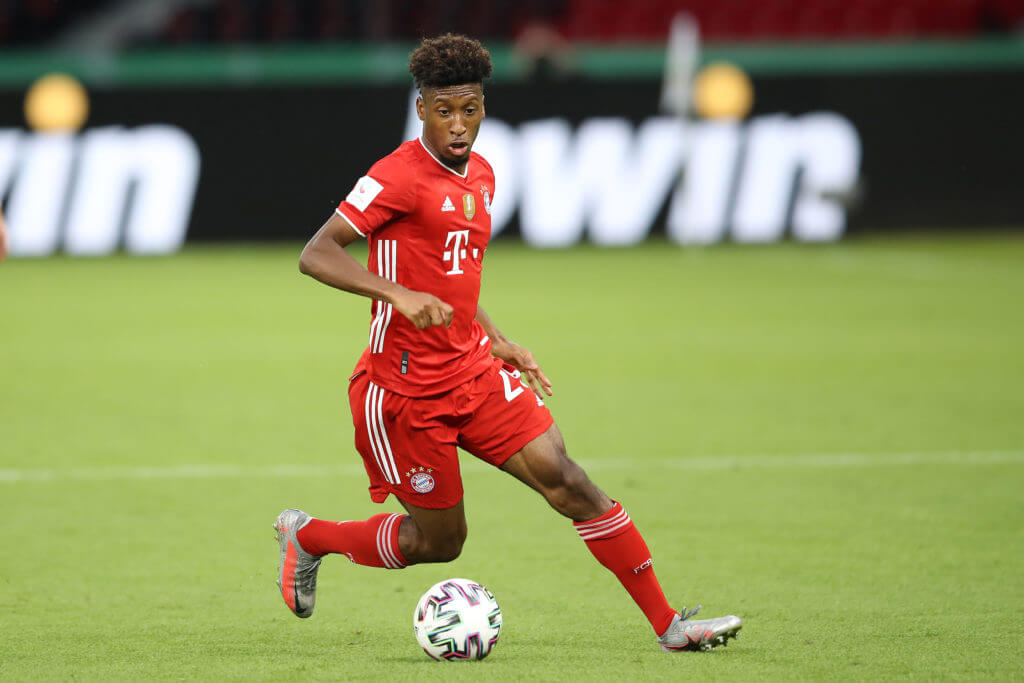 Kingsley Coman has spoken out about his ambitions with Bayern Munich, hoping that the club can dominate the Champions League.

Bayern Munich won the most recent edition of the Champions League, defeating Ligue 1 giants Paris Saint-Germain in the final with a header from Coman. And now, the winger has set his sights on defending their crown in 2021.

Speaking to German newspaper SportBild, as quoted by Football Critic, the Frenchman said: “We are young or in our prime, so we still have time. We can and want to defend the title.”

Coman continued to comment on his side’s ambitions, comparing Bayern Munich to Zinedine Zidane’s Real Madrid side that won three consecutive Champions League titles from 2016 to 2018.

“Between 2016 and 2018, Real Madrid won the Champions League three times. I am sure that we can shape an era with this team.”

Bayern Munich’s European campaign has got off to a near perfect start, accumulating 16 points in their six group stage games against Atletico Madrid, RB Salzburg, and Lokomotiv Moscow – only Manchester City got as many points.

Hansi Flick’s men are set to face Lazio in the round of 16. The Italian side currently sit in ninth place in Serie A, having won just six of their first 15 fixtures.

The Bavarians are showing similarly dominant form in the league. They are on course to lift a ninth successive Bundesliga trophy, sitting two points clear at the top of the table ahead of RB Leipzig.