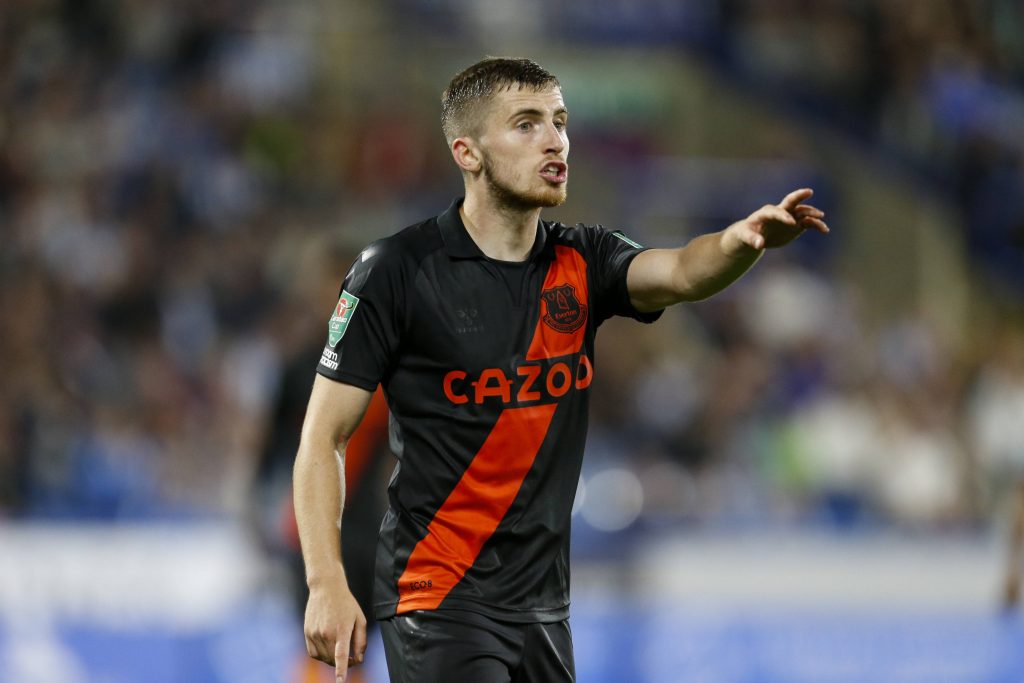 Everton are hoping to part company with Jonjoe Kenny before the summer transfer window closes.

They have slashed his asking price to attract suitors, but his future is still up in the air as the Toffees have yet to receive an acceptable bid.

The 24-year-old has failed to command a starting place under Rafael Benitez and is behind Seamus Coleman in the pecking order, so the writing is on the wall.

Kenny rose through the youth ranks to Everton’s first-team in 2015/16 and has gone on to make 49 appearances in all competitions.

He made only four Premier League appearances last season and was loaned out to Celtic to get first-team football.

Kenny’s situation hasn’t changed since he returned to Merseyside, so he needs to leave Everton.

Spending the season on the bench or out of the matchday squad will do nothing for Kenny’s development.

And Everton will need to make a decision this summer as his deal at Goodison Park is up at the end of the season.

The Toffees risk losing him for nothing next year if they fail to cash in early, as it’s highly unlikely he’d sign a contract extension.

Everton have been linked with Arsenal’s Ainsley Maitland-Niles as potential cover for Coleman, so that would spell the end for Kenny.

It’s the right time to let Kenny leave. Everton have no plans to play him, so why not allow him a departure?

Kenny needs regular opportunities for the sake of his development, so he won’t appreciate wasting away on the bench.