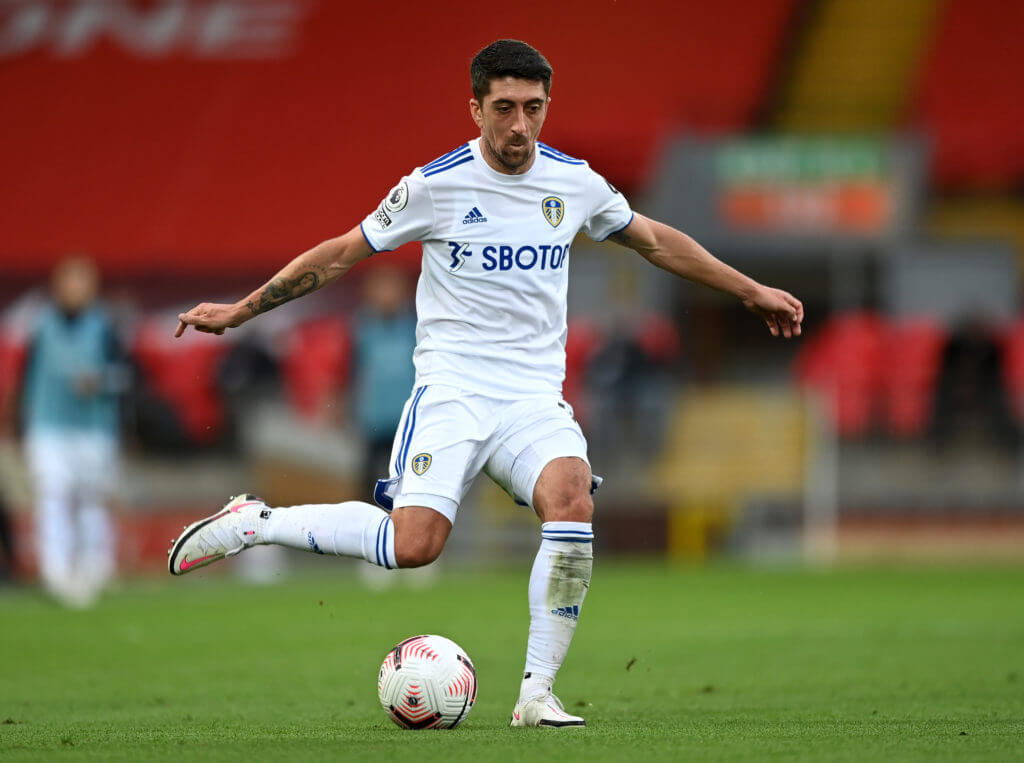 The 24-year-old midfielder, who recently made his debut for the England national team, has picked Hernandez as the ‘nutmeg king’.

In an interview with Soccer AM, he has also revealed that Hernandez is the best player in the Leeds side and that everyone admires him.

“Pablo Hernandez. He is just ridiculous,’ said Phillips to Soccer AM when asked who is the nutmeg king in the Leeds team.

“Some of the nutmegs he has done in the past 3-4 years is just ridiculous.

The 35-year-old Spaniard is adored by the Leeds fans, and he is getting better with age. Marcelo Bielsa has used him wisely, and Phillips is in complete awe of the Leeds winger.

Hernandez is a key player for Bielsa’s side, and he is expected to play a vital role for the White this season. Along with bags of experience, he brings loads to quality to the side. He is the creative heartbeat of the side and everyone loves him.

The former Valencia attacking midfielder is a brilliant player to watch. It will be interesting to see how Bielsa manages him in the Premier League, as keeping him fit throughout the season will be a big challenge for Leeds.

Leeds have returned to the Premier League after a long absence of 16 years, and they impressed heavily in their opening game against Liverpool at Anfield.