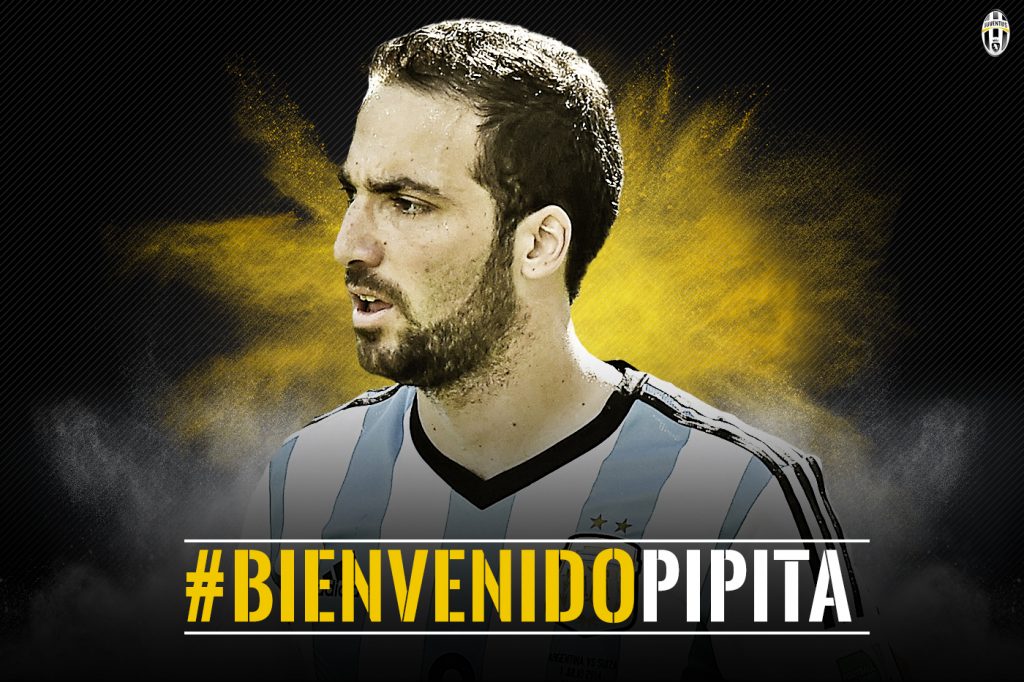 Juventus have announced that they have agreed a deal to sign the world class Napoli striker Gonzalo Higuain this summer.

The Argentine striker will be a club record signing for the Italian champions, who have decided to trigger his 94 million Euros release clause.

The move has been officially confirmed on Juventus’s social media and club website.

Higuain has been angling for a move away from Napoli over the last few months and the Argentine poacher has finally succeeded. Higuain was a target for several Premier League clubs as well, but Juventus were the only club willing to pay his release clause.

It is understood that the Italians are now spending the Paul Pogba money, who is closing in on a world record transfer to Manchester United. Apparently Pogba has already agreed personal terms with United and both clubs are close to agreeing a fee. The only hold up right now is the player’s agent trying to pocket a significant fee for himself.

Higuain completed his medical with Juventus in Madrid towards the end of last week and signed a long term contract worth around 7.5 million Euros per season according to Calciomercato.

Higuain was a target for Chelsea as Antonio Conte looks to add some attacking depth to his new side.