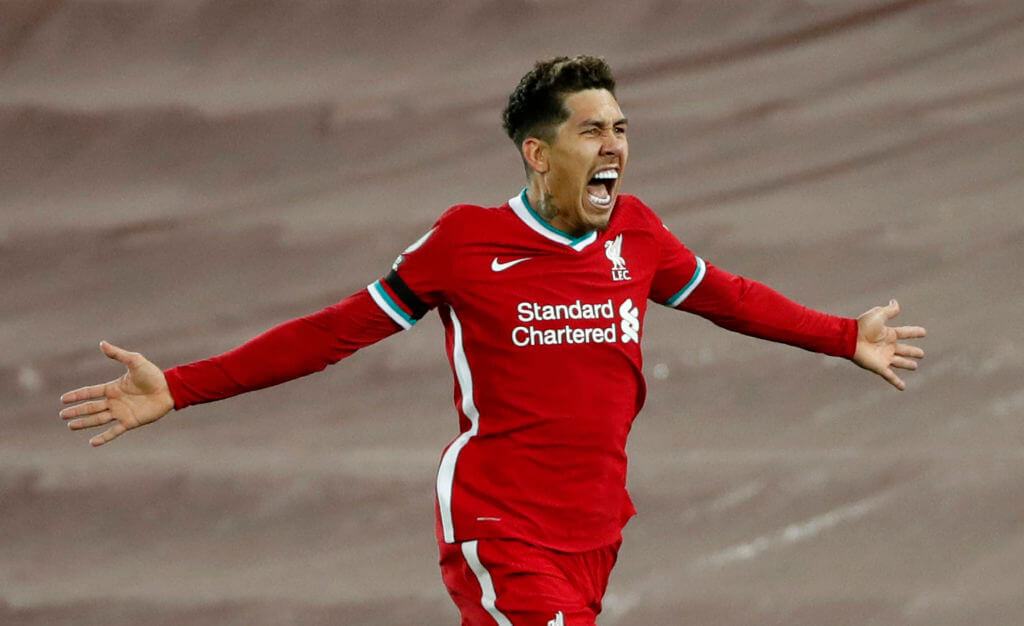 Jurgen Klopp has revealed what he told Roberto Firmino after the match as the Brazilian scored the winner in Liverpool’s 2-1 win over Tottenham Hotspur on Wednesday night at Anfield.

The Liverpool boss is very protective about Firmino who is often accused of not scoring enough goals for his side. Klopp has suggested that he was never bothered about Firmino’s goal drought.

Both Sadio Mane and Mohamed Salah have outscored Firmino in the past two seasons, but the Brazilian forward is highly rated by his manager for his overall contribution to how Liverpool play.

Firmino scored a thumping header in the final minute of the game to earn Liverpool all three points after Mohamed Salah’s opener was cancelled out by Son Heung-min in the first half.

The goal against Spurs was his third of the season, and Klopp says he hopes Firmino “never doubts himself”.

“I just hope he never doubts himself, there is so much talk about it but I just said ‘Bobby, you’ve scored’,” Klopp said, as quoted by Liverpool Echo.

“He scores goal and important ones for us. And it is not so much about who scores them because for us, the only thing that matters is the ball in the back of the net.

“For us it is about the way, how we get there, things like crossing, passing, finishing. But making runs to open up the gaps, they don’t all see that.

“I understand that but I am not surprised that Bobby scores goals. I am happy that he scored tonight because it was very important for him as well but more for us.”

Pivotal to how Liverpool play

Earlier this season, when Firmino was going through a rough patch, Klopp showered glowing praise on him, saying the Brazilian plays ’12 different instruments’ in Liverpool’s orchestra, referring to his versatile qualities.

Even ahead of the match, Klopp suggested that Tottenham striker Harry Kane is being asked to perform a similar role to that of Firmino this season.

Firmino is a typical modern-day striker who brings a lot more to the table than just scoring goals. He drops deep to help midfielders retain possession, and with his deft touches and silky skills creates room for Salah and Mane to express.

He is unselfish and a very good team player. He is pivotal to how Liverpool operate, and Klopp will be absolutely delighted that he has regained his scoring touch as well.