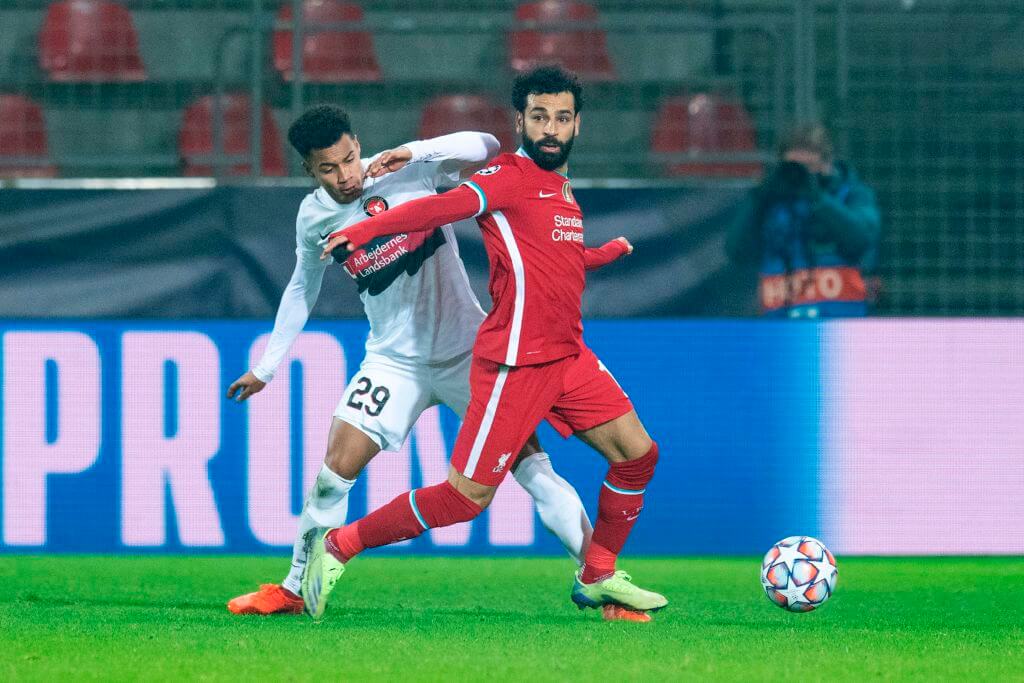 Liverpool boss Jurgen Klopp has showered heaps of praise on Mohamed Salah after the Reds drew 1-1 against Midtjylland in the Champions League on Wednesday.

Salah scored the opening goal of the match in the first minute for the Reds. With that, the Egyptian winger has become the club’s top scorer in Europe’s premier competition with 22 goals, surpassing club-legend, Steven Gerrard.

It was also Liverpool’s fastest ever goal in the history of the competition.

Liverpool thought they had won the game in the dying minutes when Takumi Minamino netted from close range. However, after a long VAR check, the goal was ruled out.

Sadio Mane – who came on as a substitute – was penalised for a handball in the build-up to the goal, but several replays showed that it actually hit the arm of Midtjylland defender Dion Cools.

This is what Klopp said after the game about Salah:

“[It’s] one record after the other. I didn’t know that he could break this record tonight but I’m pretty sure he is proud of that. He should be.

“But he appreciates the help of the team too. Even his incredible number of goals wouldn’t be enough alone for us to be successful.

“Mo is a very exceptional player – I think nobody doubted it, but if you need numbers to prove it then he delivers that as well.”

Salah joined Liverpool in 2017 for a fee of £37m from AS Roma and has truly established himself as one of the best wingers in world football at the moment.

The former Chelsea forward has already broken a number of records at Anfield, and his latest milestone enhances his legendary status at the club.

Salah broke the record for most goals scored in a debut season for the club as he found the net 32 times. He also holds the record of becoming the fastest Liverpool player to reach 50 goals for the club, managing this massive achievement in just 65 games.

The 28-year-old may not give the impression that he is doing a lot on the pitch, but his goal-scoring records are simply phenomenal. This season, he has managed 12 goals for the club in all competitions already and has three assists to his name.

The final Champions League game was a dead-rubber as the Reds were already confirmed as group D winners.