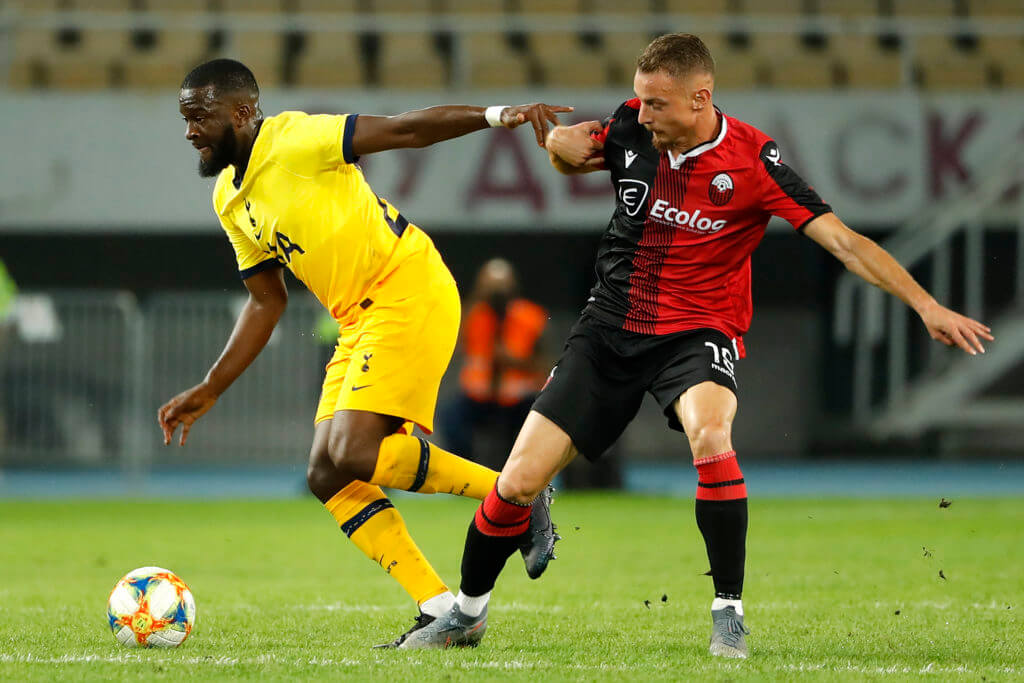 It has been a remarkable turnaround for Tottenham Hotspur midfielder Tanguy Ndombele, and Jose Mourinho is very impressed with his effort in training.

The 23-year-old struggled to make an impact last season since joining the club for a reported fee of £53.8m from French outfit Lyon.

There were question marks over his fitness and motivation and it was claimed that Jose Mourinho was not impressed with him, and his future was speculated in the media.

The central midfielder has now started this season with renewed vigour.

According to reports from Football London, Ndombele has impressed the staff at Spurs on the training pitches at Hotspur Way.

He is getting better and better with every match. The young midfielder earned his first full 90 minutes of the season in the 3-1 Europa League victory at Shkendija on Thursday night, and the Spurs boss is pleased with his progress.

“I’m very happy. I say all the time, when a player improves it’s a player’s responsibility, it’s the player’s credit, it’s not the coach who makes the miracle,” said Mourinho.

“Tanguy, step by step, is doing very well. Today, he played 90 minutes. Why? Also, because we have the ball, I don’t have the data numbers, but we had the ball a big percentage of the time and of course it was easier for him to be on the pitch for 90 minutes.

“Even so, he was good and brought a very good dynamic to the team, he managed to recover some balls, managed to make an effort in defensive transitions, and of course it was a positive game for him.”

Ndombele has worked hard on his fitness levels and the defensive side of his game. He showed great agility in tracking back during the encounter in North Macedonia.

He is already a gifted playmaker, but now he is gradually adapting to Mourinho’s system.

Spurs will play Newcastle United at home in the Premier League clash on Sunday.