On-loan Manchester United keeper Joel Pereira has revealed that he wishes to return to Old Trafford and play for the Premier League giants in near future. Pereira is on loan at Portuguese club Belenenses and claims that playing for United is his ultimate dream.

Pereira has given an interview to the Portuguese newspaper O Jogo this week. The Manchester United player has been quoted saying:

My dream is to play for Manchester United, I want to go back, of course. I appreciate the opportunity at Belenenses and to play, learn and evolve as much as possible. I intend to go step by step. 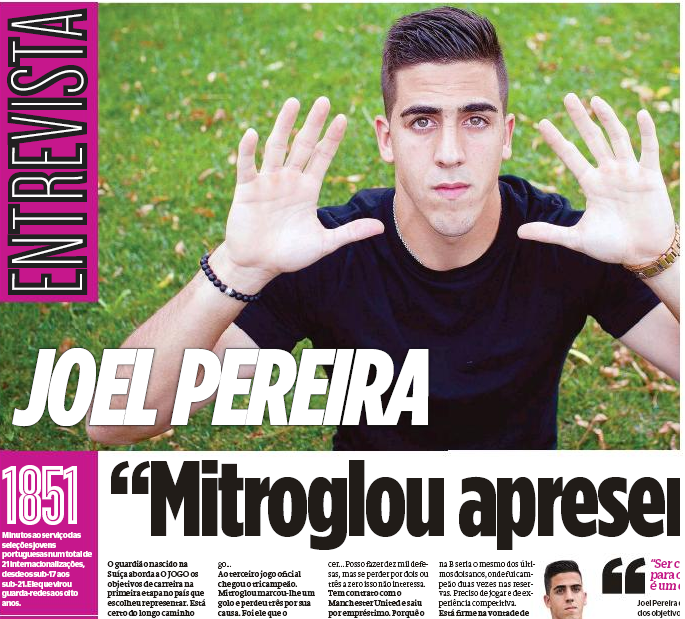 The 20-year-old Portuguese keeper is rated highly by the Manchester United coaching staff and has been sent out on loan to gather valuable first team experience.

It is no surprise that Pereira wants to establish himself at his parent club. Furthermore, Sergio Romero‘s mediocre performances when given a chance could well be an added advantage for Pereira. He could easily establish himself as the number two keeper at the club after David De Gea.

Pereira is a part of Belenenses’ first team and has impressed with his performances there. The 20-year-old revealed his gratitude for the loan opportunity and acknowledged the experience he has gathered so far.