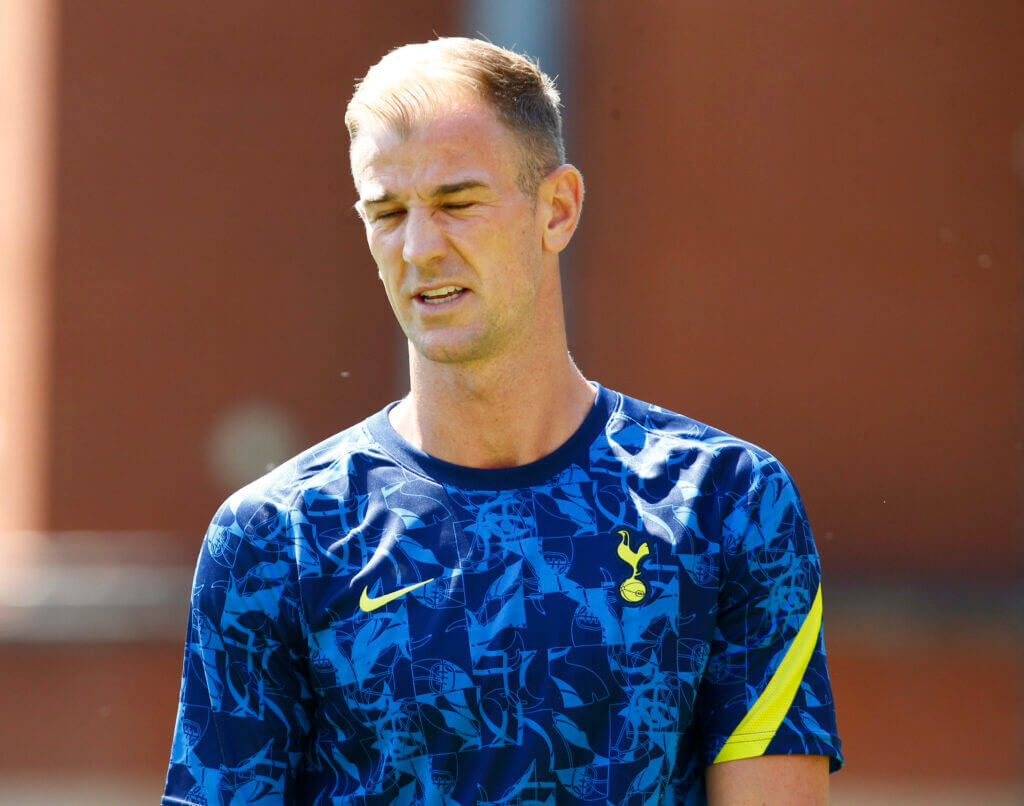 The 34-year-old joined Spurs last season on a free transfer after he was released by Burnley. He didn’t play a single minute in the Premier League but managed 10 appearances in cup games.

The former Manchester City goalkeeper, who is on £51k-per-week wages at the club, is deemed surplus to requirements.

According to reports from football.london, Hart was conveyed by the club that he is not in Nuno Espirito Santo’s first-team plans.

He has been told by the hierarchy that he can look for a new club this summer.

Hugo Lloris will remain as captain for the final year of his contract, unless Tottenham receive a tempting offer for the player.

The France international enjoyed a fantastic 2020-21 campaign with Spurs, and the north London club want him to continue.

The 34-year-old, however, is likely to face competition from the new signing Pierluigi Gollini who has joined from Atalanta.

Tottenham have officially announced the signing of the Italy goalkeeper, who has joined on a season-long loan. Spurs have the option to sign him permanently at the end of the campaign.

With Gollini and Lloris fighting for the starting role, Hart will automatically become the club’s third-choice goalkeeper.

He has now been told to find a new club. If he leaves, Alfie Whiteman will have the opportunity to claim the third spot as a homegrown goalkeeper.