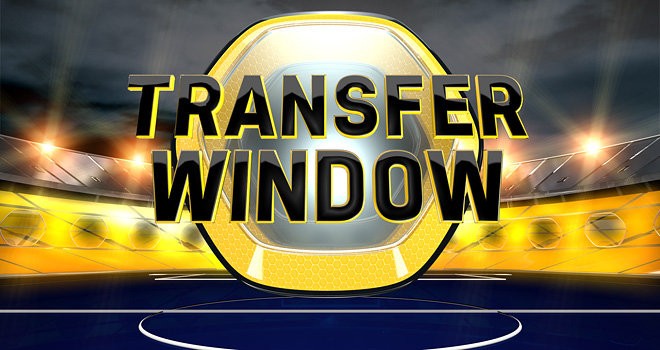 The transfer window is one of the most important times of the year for any football team. A squad can benefit hugely from purchasing a top quality player, or selling a player who hasn’t been performing well enough.

Of course, it’s an incredibly limited window, and even small decisions can make or break a club. From the 1st of January to the 2nd of February, a lot of teams will need to look closely at their budget, the players they already have and the fixtures ahead, before making the decision to invest.

This blog will look at the players most likely to be sold, where they may be going to and if they’re worth it.

Due to the 2014 World Cup, it’s expected that a number of Brazilian players will be headhunted by major sides. After Arsene Wenger made the decision to sign an injured Kim Kallstrom on loan, it’s only natural that Doria is a target.

There’s no reason why Doria would have problems leaving his club. It’s public knowledge that Marseille manager Marcelo Bielsa didn’t actually want him as a player, so there shouldn’t be any arguments between the two if he chooses to take a new deal elsewhere.

Whether it be for short term cover or a permanent fixture, Wenger should definitely be considering Doria.

Germany have a wealth of valuable players who can get results, which is just one of the reasons Marc Sendera has been in demand. He’s one of the biggest talents on Frankfurt’s side due to the way he can attack yet work well in central midfield.

Chelsea are a team that are predicted to win the league, and our bet is that Jose Mourinho will take great interest in Stendera. He boasts an all-round skill set, and with the right guidance he could be taken to the elite.

He’s also the perfect player to loan out to other teams, making him financially viable as well. It’ll be interesting to see what happens with Sendera. We will definitely be keeping a close eye on him.

Marko Vejinovic has quickly proven to be a fierce and dedicated player. He’s already one of the most talked about football players in the Netherlands, so it’s not surprising that English coaches are taking an interest.

After Southampton player Shane Long’s injury of a broken rib, the side is desperate for a player to take over in midfield. They have done well in the Premier League, so will want to carry on this winning streak. Vejinovic already has a good track record of goals and assists per game, so would definitely be of great assistance to Southampton.

As one of the youngest players in this blog at the age of 21, Raphael Guerrero has been of interest to Newcastle United. Their chief scout, Graham Carr, has been on the lookout for talented footballers that are currently flying under the radar.

Guerreiro has only just started to make a name for himself, as FC Lorient’s left back/left winger. One of the main reasons for this sudden burst of attention is his versatility. In a single game it isn’t unusual to see him go from midfield to defence in a matter of seconds.

With Newcastle United having played fairly mediocre this season, they need all the quality they can get.

Currently playing for Nice, Jordan Amavi looks like he’s being monitored by Juventus. At the moment, Juventus have a good side, but they seem to be missing a player who can fill in at the left back position efficiently. If they want to stay at the top of their league, a strong player is needed.

There are various French footballers that have gone on to other clubs and done incredibly well. Amavi could follow in the footsteps of Kingly Coman and Paul Pogba. They both started as young prospects, and eventually became first team regulars.

Spanish clubs are well known for having quality footballers, and Pedro Obiang is no exception. Although he may be a midfielder, very few in his position play with the same intensity. Pundits often refer to Obiang as a ball hawk, as he doesn’t give anything away without a fight.

This season, Schalke are aiming to finish in the top four of the Bundesliga league. There a number of quality German sides in this league, meaning they need reinforcements. During this season, Obiang has managed an average of 3.1 tackles and 1.2 interceptions per game, so has definitely earned his place on a reputable side.

Rahman Baba is a left back for Augsburg Ghanaian, and has proven his team value. He’s a good attacker and also tackles a good amount during each game. Bayern Munich are actually missing a left back, leaving Juan Bernat to fend for himself on the wing.

Baba could be the perfect partner for him. Bayern Munich also have a bad track record of players being injured and being off for a long period of time. Even if Baba isn’t on the first squad, he would work well as a substitute if a player needs to go off.

Tony Jantschke is a player that has proven himself in the German leagues. He has played for Borussia Monchengladbach for a number of years and has proven to be a leader on the pitch. It’s rare that sportsmen have character, but Jantschke has shown to have buckets of personality as well as talent.

Manchester United have had an interesting season so far, full of highs and lows. Something that could do with being revamped is their defence, which Jantschke would be prefect for. If positioned on the backline, the competition would have a tough time trying to score.

These are just a selection of the transfer predictions we have chosen, but anything can happen. Top players may be sent to other clubs, and ‘underdogs’ may end up in top positions. It’s a waiting game until the 2nd of February, and every football fan should be excited to see what’s going to happen next.

This blog was written by Rachel Jensen on behalf of Campo Retro, a seller of retro football apparel.