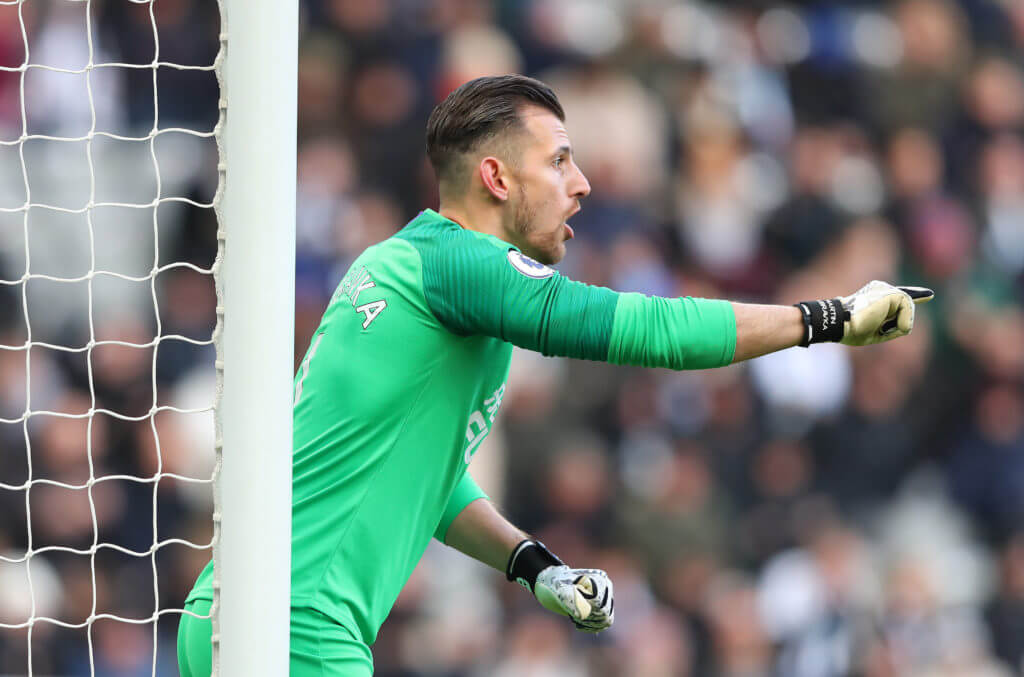 While picking his team of the season, Carragher has reserved special praise for the 31-year-old goalkeeper, although the Sky Sports pundit has picked Sheffield United’s Dean Henderson as his first choice.

Dubravka has enjoyed a superb campaign for the Magpies. He has made 29 appearances in the Premier League and has pulled off numerous stunning saves for Steve Bruce’s side. Carragher feels that his saves have kept Newcastle away from the relegation battle, and the football pundit isn’t wrong with his assessment.

In fact, Dubravka has made more saves than any other goalkeeper in the Premier League. Carragher feels that probably no other goalkeeper (apart from Henderson) has as big of an influence on their team as Dubravka, and that shows how good he has been this season.

“I think the Newcastle goalkeeper Martin Dubravka is probably as big of an influence on their team as any goalkeeper,” said Carragher to Sky Sports.

“I’m not saying he’s the second or third best goalkeeper in the Premier League, but I think in terms of where you see Newcastle in the table, I think a lot of that is to do with the goalkeeper. He’s right up near the top of the list and he plays a big role in the fact Newcastle aren’t embroiled in a relegation fight.”

Newcastle find themselves 13th in the Premier League and they are expected to avoid the drop comfortably. The Magpies have earned their points this season based upon their defensive strength, and Dubravka has played a huge role in it.

The Magpies have looked solid with him at the back, and the decision to sign him permanently for less than £4 million now looks like a cracking piece of business.