Sportslens.com
Home Columns Liverpool should go all out for Milner

Once heralded as ‘boring’, James Milner has turned the – ‘Jack of All Trades, Master of None’ weakness notion as a sign of strength. There is one thing that unites everyone when asked to describe the 29 year old-underrated. True he has been a utility player throughout his life but he is probably the only English player who is underrated. The reason people even think to brand him overrated tag when he plays well is down to the fact that he is English.

The reason we are talking about him is this very ‘underrated’ tag is arguably the biggest talking point of the January transfer window. Earlier this week Oliver Kay of the Times wrote that Liverpool have placed Milner in the top of their shopping list for the winter as the Reds seek a replacement of the irreplaceable Steven Gerrard.

Milner’s contract is set to expire in the summer and City have already told the player that he won’t be getting a better offer than the one he rejected last month. The report claims that Milner has told his team mates that he is set to leave Manchester City after a breakdown of contract negotiations with the club. This is not the first time that he has been linked away with a move from the Etihad; Arsenal came calling in the summer as Daniel Taylor of the Guardian pointed out.

Let’s try to make a judgment if a transfer move is feasible.

From Manchester City’s point of view: There have been concrete rumours that City are preparing a £30m swoop for Swansea City striker Wilfried Bony in January. Given the Citizens have been bound by Financial Fair play regulations, they will have to raise money

elsewhere to balance the finances and make certain sacrifices.

Therein lies a key decision, will they cash in on Milner who is now more than a squad player? If they do so, they lose of their home grown players as per UEFA rules. Thus to make up their five association trained players, they will need to promote a youth team player or bring back Scott Sinclair from wilderness.

Moreover, they don’t have many homegrown players too in their squad. Surely, Pellegrini wouldn’t want to do so at this delicate time of the season when the title race is evenly poised? City are of the best run clubs like Bayern Munich and there are thinking minds like former Barcelona director Txiki Begiristain, in the same position at the club.

From Liverpool’s point of view:  The Reds manager Brendan Rodgers has always tried to maintain a core of English talent is his squad. Let’s look no further than a couple of days ago when Rodgers himself said that Milner is a wonderful player.

Brendan Rodgers on James Milner link: “James is a wonderful player. But players get linked with the club consistently.” #lfc

Talks of replacing Steven Gerrard seem premature. You can replace Gerrard the player; not Gerrard the leader. There is no doubt that Milner will be more than a quality addition. Milner at his peak would not be even half the player of Gerrad but let’s imagine what he can bring to the team:  He could easily slot in front of the backline which aids Jordan Henderson’s box to box running game. The duo has played well for England and know each other which can be replicated for the Anfield side.

Milner’s biggest strength is his discipline something which has been lacking this season. Yes he doesn’t have the panache of delivering Hollywood passes or extravagant flicks but is brilliant at protecting space and plays simple passer keeping possession (83% success rate this season). His eagerness and raw energy perhaps compliments the more gifted players In the City squad: Aguero, Silva,Yaya  Toure and others. 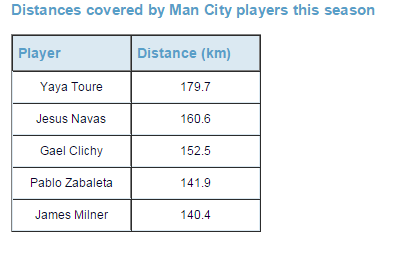 A tireless runner he has covered 140.4 km in 18 Premier League appearances (7.8km/game) and even more a committed individual that Liverpool have been lacking since Dirk Kuyt’s hay days. Tactically Milner is always aware(explained below) of his position and can play in any position he has been asked to fill the void. Against important Champions League games Milner has played wide left against Roma and in the middle against Bayern Munich. (Shown Below)

Most recently Milner played as a false nine against Sheffield Wednesday in the FA Cup with all off Jovetic, Aguero and Dzeko nursing injuries. Milner came up withe winner right before the final whistle.

In the 1-1 draw against Chelsea earlier this season, City had Pablo Zabaleta sent off and were a goal down starting at a defeat. Manuel Pellegrini immediately deployed Milner, who was playing in the right wing role into the right back slot. Only when Bacary Sagna came on, the Englishman shifted to the left wingback position and provided the assist for Frank Lampard.

Breaking down Milner’s intelligent run that led to the goal:

Step 1: Milner with his intelligent runs off the ball skips past his marker Andre Schurrle.

Step 2: The horizontal decoy run is important to keep himself onside, if he runs vertically, he will be caught offside. As David Silva puts the ball in space, Milner makes a vertical run.

Step 1: Milner brings down the ball with his weaker left foot and lays it off to Frank Lampard who does the rest.

With youngsters like Raheem Sterling, Philippe Coutinho and Lazar Markovic in the dressing Room, Rodgers could well bring in Milner not only for his impact on the field but his guiding influence in the dressing room. The ‘boring Yorkshire’ midfielder has come up the ranks of the famed Leeds United academy at Thorpe Arch whose key founding chair was none other than the legendary Don Revie. Is it time perhaps to instill some scoucse flavour?