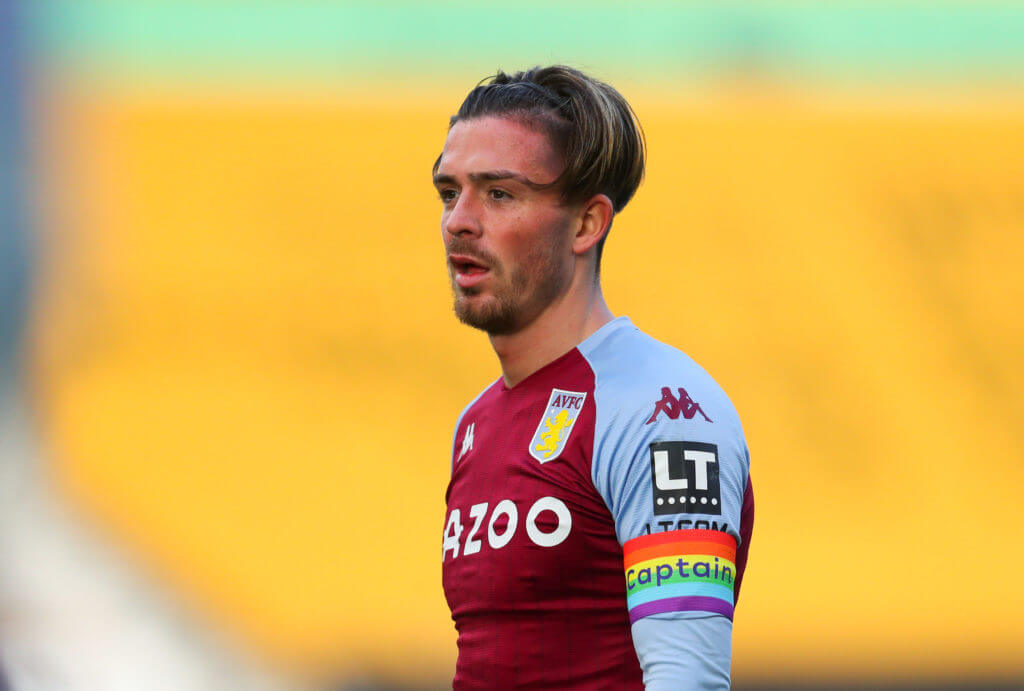 Aston Villa midfielder Jack Grealish has suggested that he receives a lot of criticism and slack from Leeds United fans, even though the Whites are not direct rivals of Villa.

The 25-year-old Villa skipper is a fantastic player who has not only impressed heavily in the Premier League but has shown his class while playing for his country as well.

Known for his brilliant dribbling skills, deft touches and creativity, Grealish often draws fouls from opposition players. In fact, he was the most fouled player in the league last season, and the same trend has continued in the current campaign as well.

Grealish has admitted that opposition fans beat him with the stick that he goes down easily, and he admits that probably to a certain extent that’s true as well. However, that’s the nature of his game, and he has made it clear that he is not a diver.

During the interview with Soccer AM, Grealish has said that while he understands the slack he gets from local rivals, like Birmingham City, West Brom and Wolves, he finds it really baffling when the barrage of criticism comes from the Leeds fan base.

“I don’t mind stick off opposition fans. It’s usually just off the same fans if I am totally honest,” said Grealish to Soccer AM.

“It’s Blues fans, West Brom, Wolves and then Leeds for some reason. I’m not sure why Leeds fans. I can understand the ones that are close to us and are rivals. But you know, it’s all just banter at the end of the day.”

Grealish has been in terrific form this season, having managed five goals and five assists in the Premier League thus far.

During the summer, he was heavily linked with a move to Manchester United, but the Red Devils weren’t willing to pay £60-70m for him.

His impressive form has seen his price tag go upwards, with recent reports claiming that Villa now value their star player at around £100m.

Grealish has continued to dazzle for Villa this season, and has taken his game to a new level. With Manchester City are reportedly keen for his signature, it remains to be seen how long Villa can keep hold of him at the club.