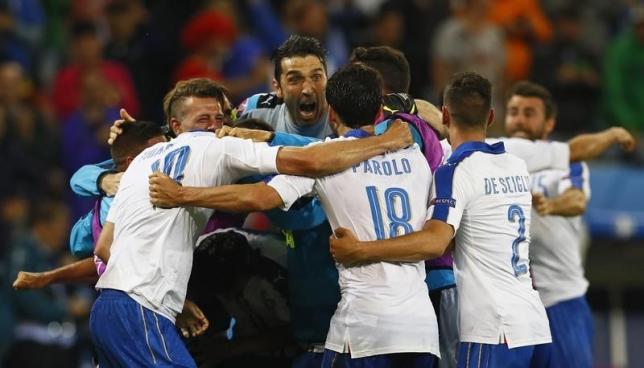 In a repeat of the Euro 2012 final, Italy take on Spain on Monday in what is easily the most high-profile clash among the round of 16 fixtures. While it is incredible that two of these behemoths are coming together at such an early stage, the winner will most likely to go on to face Germany in the quarter-finals. That means that two of the last three World Champions will definitely be out before the semi-final stage.

Antonio Conte’s men weren’t really given much of a chance coming into the tournament, with many claiming this to be the weakest Italian side on paper in a long time. But they relied on a solid defence and some of the good ol’ grit and determination to top Group E, which consisted of Belgium and Sweden as well. They beat both these teams in their first two games without conceding a single goal. With top spot ensured, Conte opted to field a second-string side for their final group game against the Republic of Ireland. Italy ended up losing 1-0 to a late goal, one that saw the Irish make the round of 16 as well as one of the four best third-placed teams.

Spain were heavily favoured to top Group D, and everything seemed to be going according to plan when they beat the Czech Republic and Turkey 1-0 and 3-0, respectively. They also seemed to be in cruise control in their final game after taking the lead against Croatia, but a stunning comeback saw Vicente Del Bosque’s men lose 2-1 and end up 2nd in the group, thereby drawing Italy.

Neither team has any injury problems of note.

The Italians will recall Gianluigi Buffon and Giorgio Chiellini at the back, after the duo was rested against the Republic of Ireland. The likes of Emanuele Giaccherini, Graziano Pelle, Daniele De Rossi and Andrea Barzagli are also expected to return.

One thing the Azzurri will have to wary is the fact that Chiellini, along with Leanardo Bonucci, Eder and Thiago Motta, is a booking away from earning a one-match suspension.

Conte will be leaving the post of Italian manager after this tournament to take over the reins at Premier League club Chelsea. He will want to depart on a memorable note, and accomplish the impossible by going all the way with a clearly under-strength side at his disposal.

Spain will rely on striker Alvaro Morata to deliver the goods in front of goal again. The Juventus striker, who has been in the news regularly recently over his possible return to Real Madrid, has netted thrice in the last two games for his national side. Goalkeeper David De Gea has carried his solid form from last season with Manchester United into this tournament, but questions were asked over his getting beat at his near post in Croatia’s second goal. He will be looking to redeem himself and prove that he does deserve to start ahead of Iker Casillas.

Italy are 16/5 to win the match against La Roja.

Spain are 23/20 to beat Italy and progress to the quarterfinals.

Alvaro Morata is at 4/1 to score the first goal of the match.