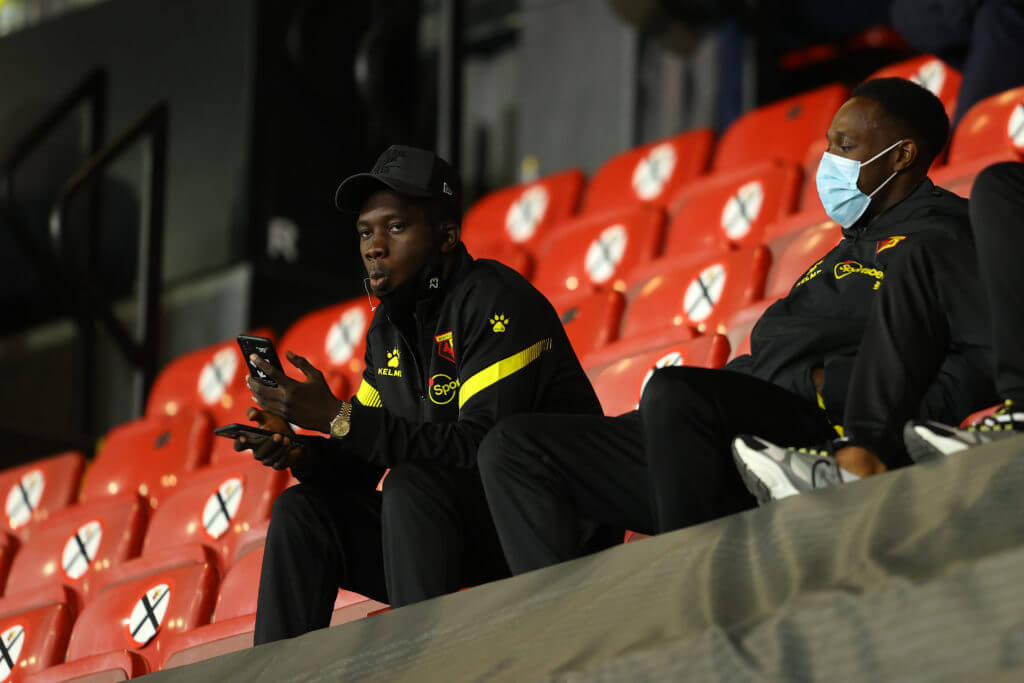 Watford winger Ismaila Sarr was left out of the matchday squad amid reports that he is close to joining Liverpool.

The 22-year-old was absent from Watford’s EFL Cup clash against Newport County which they lost, seemingly due to the speculation about his future.

Liverpool were heavily interested in Sarr this summer and the Reds even his met his representatives. However, they decided to move for Diogo Jota who joined last week from Wolves.

The Champions have enough depth in their attacking midfield region following the arrival of Jota and adding another winger to the ranks doesn’t make sense.

However, France Football insisted earlier this week that Liverpool remain interested in Sarr. In fact, they have claimed that the Reds have secured an agreement with Watford and they are looking to sort out personal terms with the player.

Sarr could have missed the game as a result of squad rotation, but many other first-team players took part in the match.

The continuous speculation around the player’s future is making the situation difficult for the Watford manager to trust the player completely.

Sarr is a highly-talented player, and he would be an exciting signing for Liverpool. Sky Sports reported last month that Watford are demanding £40m for the winger.