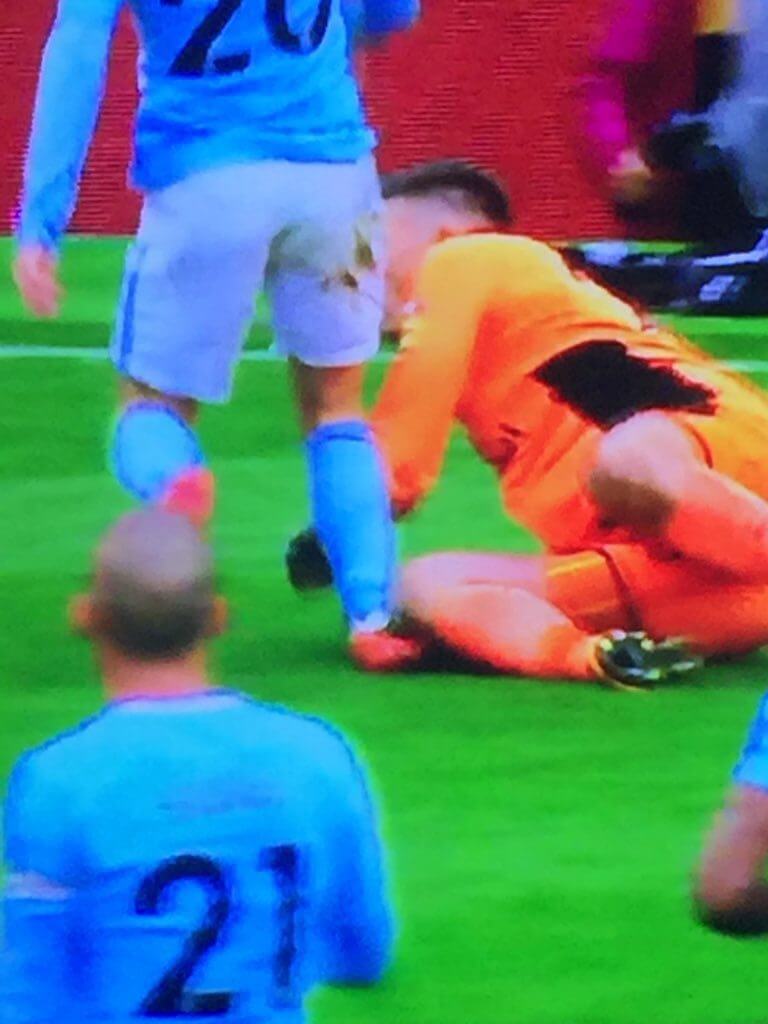 “In this world nothing can be said to be certain, except death and taxes”.

When Benjamin Franklin wrote that phrase back in the 18th century, it’s fair to assume he hadn’t thought it could be linked to the Premier League in 2017.

The Burnley manager’s criticism of the Football Association’s review of the disputed penalty involving Manchester City’s Bernardo Silva last weekend was as certain as death and taxes.

A three-man panel of experts — including a former player, manager and referee — reviewed the incident on Monday and decided no retrospective should be taken against Silva.

“Without being too pure, if our lads did that, they’d get a little reminder,” Dyche told the Daily Mail.

“Fans used to care. Remember when Didier Drogba first came over and there was uproar? Fans, pundits, managers were all questioning whether they need to have a word.

“He became the fantastic player he was but in the initial stage there was uproar, and now you never hear it. Bizarre.

“It has to be looked at for the moral good of the game – 13 stone, athletic, six-foot international footballers get the tiniest touch on their leg and go down? Do me a favour.”

First things first. There’s a good reason no action was taken against Silva. It was a penalty. No disputes. No doubt.

Dyche’s moans about diving have become one of the most tiresome aspects of the Premier League.

His attempts to position himself as some kind of paragon of virtue for the modern game are ridiculous given the fact that his own playing career was based around kicking opposition players as far into the air as he could manage.

Players who dive should be punished, but when you’ve got evidence that the referee got a decision right and it’s backed up by experts who have the luxury of replays, it really is time to wind back the moaning.

If the former US president was alive today he’d be forced to change his comment to “In this world nothing can be said to be certain, except death and taxes and Burnley’s manager whining on a weekly basis”.