Looming large on the coastline of the Bay of Naples is the majestic form of Mount Vesuvius, a constant reminder of the natural forces that stew beneath the feet of humanity. It was the very destructive powers of what is perhaps the world’s most famous volcano that unleashed hell upon Pompeii and Herculaneum. The cruel irony of the tragic taking of some 16,000 lives when Vesuvius angrily awoke in the year 79 was the insight it retroactively handed the modern world on the inner workings of Roman society. For Pompeii and Herculaneum, the Pax Romana was shattered by the ash and pyroclastic flows of the malevolent Vesuvius, capable of wreaking havoc even the technology of modern warfare would struggle to replicate.

Lost in the devastation too was the Villa Oplontis at Torre Annunziata, a sprawling, resplendent seaside villa estate to have been property of Nero himself. Buried under layers of ash, the grand fixture of Roman opulence would disappear from the eye of man until the 19th century. As the Sarno Canal was cut, the dwelling reemerged. It was not until the 1980s that it Villa Oplontis fully returned to public view, sitting sandwiched between Via Margherita di Savoia and Via Gioacchino Murat.  A modern suburb of Naples had matured around a relic steeped in history. Life had proliferated, the games of ancient Roman culture replaced by the apparatus of calcio in the intervening thousands of years.

Only once Villa Oplontis was once more a feature of Torre Annunziata that a boy who would grow to leave the football of the Italian south would born within the city’s borders. Never would Ciro Immobile represent hometown club Savoia. Instead, he cut his teeth at Sorrento, sitting even further to the south of his place of birth. By the age of 18, the call came from the footballing bastion that is the north. A teenage Immobile’s future was to be written at Juventus, a club reviled by the Azzurri-donning people of Naples, where Napoli is the first and only club of choice. But as it transpired, the now-Borussia Dortmund striker’s story wasn’t to have much to do with Juventus at all – until now. 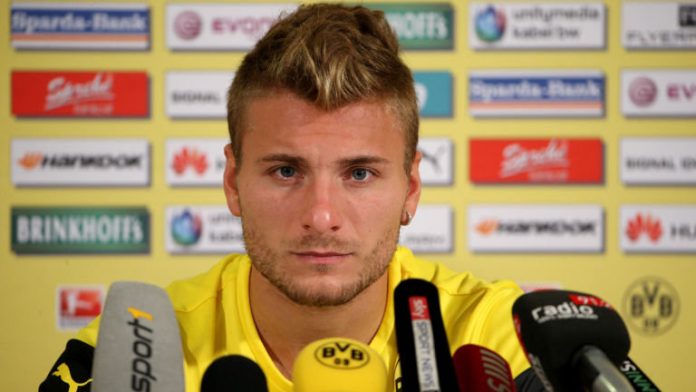 Only four times did Immobile ever represent the Old Lady, sent out on loans and co-ownerships while on the Italian giants’ books. His breakout season would arrive instead with city rivals Torino, where he shot from promising young striker to Capocannoniere, to be plucked away by Dortmund over the summer. Juventus had no true intention of ever brining him back, and Immobile never looked himself like returning. After leaving for Germany and enduring a difficult campaign in which Dortmund have been in turmoil, fate called him back.

“My friends in Turin, and also the Neapolitans have asked me to beat Juventus,” the 25-year-old told Corriere dello Sport. Immobile found himself back in Lombardy as quickly as he could’ve imagined this week, his Dortmund drawn to face the side that had decided he was surplus to requirements in the last 16 of the Champions League. He was asked to down his former club by those he had left behind in Italy, but an undoubtedly emotional Immobile wouldn’t manage. Juventus took the first leg of the tie in Turin 2-1 on Tuesday evening, leaving Dortmund to play catch up back at the Westfalenstadion next week.

The Champions League has been the bane of Juventus’ dominant period in Italy of late, leaving a bitter taste in mouths the past two seasons. Two years ago it was a 4-0 aggregate thrashing at the hands of Bayern Munich that stung the Bianconeri, followed by a group stage elimination last time around in the wake of an Istanbul hailstorm. The opening phase of the competition was something of a slog yet again this term – but Juventus survived, and Ciro made his way back to Turin with a mind to send them packing yet again.

In a broad view, Juventus did what they had to on Tuesday. There would have been no excuse for a draw in Turin, much less a loss. Resurgent of late or not, Dortmund are a side that have been on the ropes, the Bianconeri running away with the Scudetto yet again. The Champions League is a fish that Juventus haven’t been able to fry like Serie A, only preparing the pescetarian meal for ultimate consumption in the second leg would be acceptable. And for all intents and purposes, Max Allegri’s men succeeded, albeit with a few caveats.

Conceding a wholly unnecessary away goal was a blow, even as the job was done. Having just taken the lead through an excellent counter that caught Dortmund cold and forced an error from Roman Weidenfeller, Juventus were in the ascendancy. But Giorgio Chiellini, who has been in poor form even in a successful campaign for the club to date, did his side a disservice by returning the favour. Players like Marco Reus can’t be handed the chance to capitalise on mistakes, and when Chiellini essentially played him through on goal, the German showed exactly why. Reus lashed past Gianluigi Buffon without batting an eyelash, handing Dortmund a potential tiebreaker that could be Juventus’ downfall. The truth is that Juventus can ill afford to dwell on it, however. Rather, lessons must be learned from the evidence presented in anticipation of the return fixture.

In the aftermath of conceding, Juventus were somewhat stunned. Dortmund had seen the majority of the possession through the opening stages of the match, but the home side were the more dangerous, bursting forward on the break. Opportunities dried up as confidence was hit by allowing Dortmund back in the game. A mental block had been built, or so it seemed. And then another blow came as Andrea Pirlo signaled to the dugout for a substitution, having picked up a knock. The talisman trudged off; the atmosphere quieted. It was a turning point, but not the one that was expected. 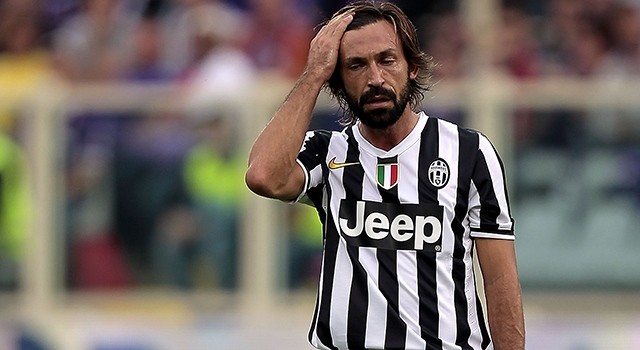 Some five minutes later, Alvaro Morata wheeled away in celebration after restoring the lead with an expertly-executed finish on the end of an incisive assist from Paul Pogba. The architect of the first goal with a surging run forward after combining with Carlos Tevez, the young Spaniard put on display exactly how well-rounded he is by getting his own name on the scoresheet. Morata was perhaps the best player on the pitch for Juventus on the day, forming a dynamic one-two punch with Tevez that rubber stamped his credentials. His ability to be effective in the midfield third, out wide and in the penalty area was essential against a high-energy side like Dortmund. Allegri made an astute tactical choice in selecting him over Fernando Llorente, a far more static presence that wouldn’t have been able to affect the game the way Morata did.

What Allegri learned is that Morata will be crucial if Juventus are to decide the tie in their favour back in Dortmund. One would be unwise to bet against Dortmund scoring against the backdrop of the Yellow Wall. Juventus will need to find their way to the back of the net to not let Reus’ opportunistic effort in Turin come back to bite them. Morata was and is the perfect tonic for the Juventus attack, providing the perfect foil for Tevez when in top form.

As it turned out, Pirlo’s injury was something of a blessing in disguise for Allegri. The majority of Juventus’ early counters were launched for the most part by Tevez and Morata themselves, with runs forward from Pogba and Claudio Marchisio providing the support. Pirlo was predictably harassed on the ball and not given much time to be effective, with Arturo Vidal not doing a superb job of linking midfield and attack. When Roberto Pereyra came on in place of Pirlo, things changed. Vidal dropped back and the Argentine took up playmaking duties in behind in behind the duo up front. Pereyra ran at defenders one-on-one and opened up spaces, using his pace and ability to beat defenders to give Dortmund headaches in the centre of the park. 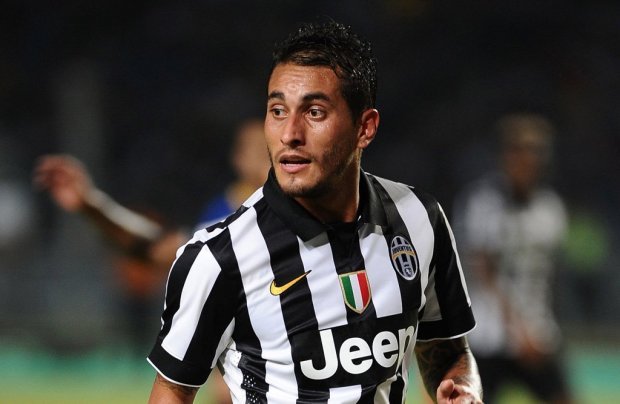 A slew of good chances for Juventus in the second half came as a direct result of Pereyra’s contributions. Dortmund owned the territorial battle during the second stanza of the encounter, but it was the Bianconeri who were breaking through with greater regularity. The speed at which Juventus moved the ball from back to front was critical, as few sides can transition from attack to defence as quickly as Dortmund. Such was the danger at times that Juventus will be kicking themselves for not seizing the chance to get a third goal, which would’ve significantly reduced pressure heading back to Germany. Pereyra himself was guilty of missing one of these opportunities after getting himself one-on-one with Weidenfeller at a tight angle. That said, Pereyra’s impact was clear, and difficult a choice as it may be, sitting Pirlo in favour of the Argentine at the Westfalenstadion must be seriously considered.

Still, it must be remembered that the complexion of the second leg will be different. Dortmund will come out firing, and at home will likely see even more of the ball than they did in Turin. Having seen Juventus’ weaknesses up close, Dortmund will have a more developed idea of how to exploit them. When the Bianconeri allowed Ilkay Gundogan too much time on the ball, he began to dictate play. Pace was a weapon that Allegri’s men struggled to defend against, both when used through the middle and on the flanks. When Dortmund forced Pogba and Marchisio to drift out wide in order to help out in defence, it helped stem Juventus’ chances on the counter – but they simply didn’t do so with enough regularity or effectiveness. It’s quite possible that Jurgen Klopp will alter his personnel to reflect what he saw, attempting to back Juventus into a corner and force them to defend their lead, rather than add to it.

Perhaps to do so, the German will leave Immobile in reserve when the day of reckoning rolls around. Inside the opening two minutes, the Italian launched a drive from distance that whistled just over the bar in a signal of his intent – but it would be as close as he would come to finding the back of the net. The occasion wasn’t right for the striker, as much as he would’ve liked it to be. Whether Klopp keeps faith in him or moves Pierre-Emerick Aubameyang back up front from the wing remains to be seen. If Immobile had the choice, he’d of course pencil himself in. The Torre Annunziata native would want nothing more than to prevent Juventus from rediscovering their own Villa Oplontis once more – the Old Lady’s lost place in the heavyweights of the Champions League – while sending his current employers on in the competition.

Both Allegri and Klopp have their dossiers prepared, with the former in a solid position to get his men over the hump of the first stage of the knockouts. A crunch league clash with Roma stands in between now and the second leg for the Italians that could put the Scudetto firmly beyond the Giallorossi’s reach. Played on Monday, the Bianconeri will have just two days to recover before doing battle at the Westfalenstadion. How Allegri chooses to rotate his men will be key, as will how he puts the knowledge gained on Tuesday into practice. Juventus did the job in Turin even if the result could have been slightly more favourable without some crucial misses in the second half. The pieces are in place – execution on all fronts must follow if they are to exorcise the demons of their Champions League failures in contemporary times.