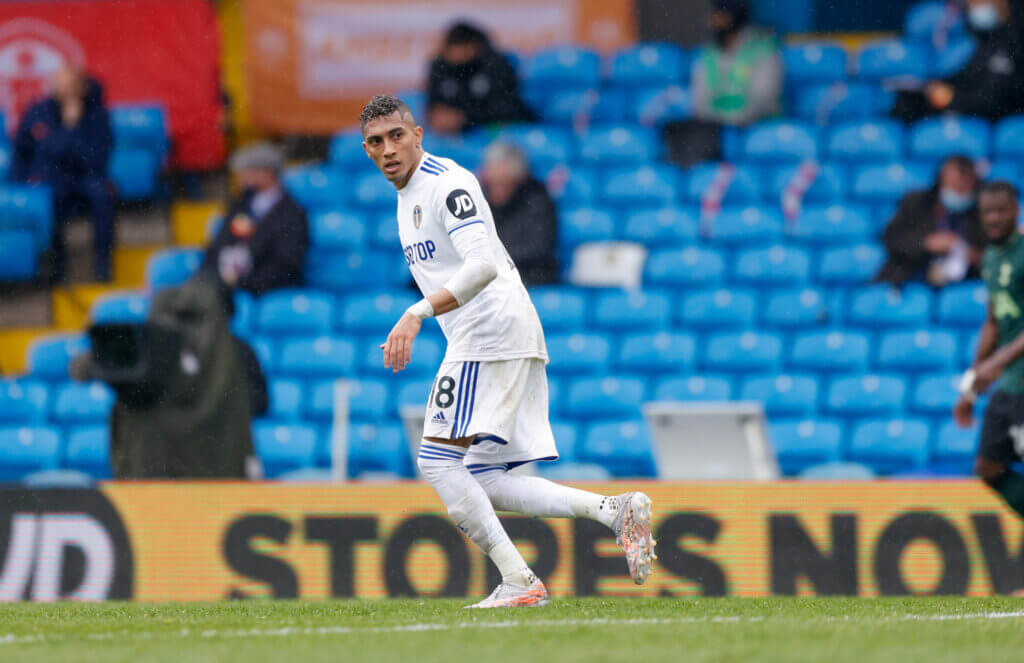 Paul Merson highlighted something strange that Raphinha did after scoring against Everton last weekend when speaking on Sky Sports’ Gillette Soccer Saturday this afternoon (August 28, 1.21 pm).

The Whites fought back twice to earn a 2-2 draw against the Toffees last weekend.

In typical fashion, the Leeds players wanted more. Marcelo Bielsa has instilled that kind of mentality into his players.

Perhaps Leeds need to learn how to manage games better. Sometimes a point is a good outcome against an established top-eight Premier League club.

At the same time, football without ambition is nothing. And Bielsa has always spoken of his passion for giving the viewing public value for money.

Merson believes that the Whites players should have celebrated that moment and accepted a draw as a decent result against a good Everton side:

“I though last week, Raphinha who I’m a big fan of scores a great goal, they go and run and get the ball back. I’m not being funny, they were 2-1 down, they’re playing Everton – who are a decent team. Go and celebrate with the fans, I mean this is the first time the fans have been back in the Premier League, it’s a full house, you know, just come back against a good Everton team, they’re going to get the ball like they’re playing Norwich. I want them to celebrate with the fans. You get the ball if you score to get it back to 3-2 down.”

If we’re being honest, that assessment is a bit harsh from Merson.

There is nothing wrong with having that kind of winning mentality.

If the Leeds players had over celebrated an equaliser, they would undoubtedly have got criticised for doing that.

Sometimes pundits need something to talk about – that’s what it really boils down to.