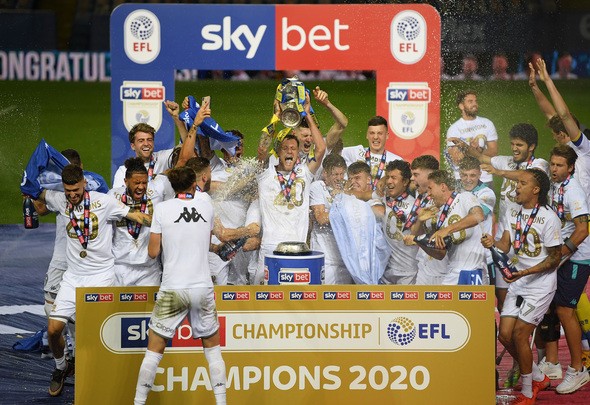 Leeds are back in the Premier League after a 16 year wait. Years of heartbreak, missing out on promotion and disappointment for Leeds fans. However, we look at the man who has revived this great old football club. Marcelo Bielsa. 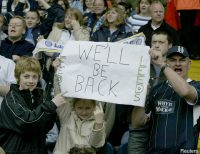 On 2nd May 2004, a crushing 4-1 defeat to Bolton confirmed Leeds United’s relegation from the Premier League . Just three years before they were playing in a Champions League semi-final. The club had fallen into deep financial problems. Things were bleak.

However, even the most pessimistic Leeds fan would not have predicted a 16-year exile from the top flight.

In their first season in the Championship, since 1990, Leeds, still in massive debt, finished 14th. The following season, though, there were signs of improvement and it looked as though Leeds would be back. But a dismal play-off final 3-0 defeat to Watford confirmed another season in the 2nd tier of English football.

Unfortunately, their 3rd season in the Championship would be much worse. Leeds United were relegated to League One for the first time in the club’s history. A sad demise for such a great club. It took Leeds three seasons to return to the Championship. 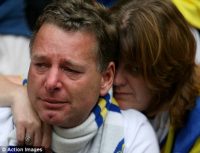 8 consecutive seasons of ‘nearlys’ and ‘almosts’ and 13 managers later, Leeds appointed a man, respected across the whole footballing world. The legendary, Marcelo Bielsa. 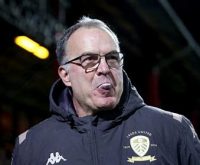 Marcelo Bielsa is nicknamed ‘el loco’ which translates to Madman. Bielsa has gained a reputation in football of being hotheaded and unpredictable. The Argentine has managed Argentina and Chile’s national sides, among with Athletico Bilbao and a whole host of Argentine clubs.

Despite Bielsa’s fiery attitude, he is very well respected in the footballing community. Pep Guardiola once said, “My admiration for Marcelo Bielsa is huge because he makes the players much, much better. Still I didn’t meet one guy, a former player from Marcelo Bielsa who speaks no good of him. They are grateful about his influence on their careers in football. He helped me a lot with his advice. Whenever I speak with him I always feel like he wants to help me. He’s the best coach in the world.”

And Pep is not the only man to speak highly of Bielsa with Pochettino describing Bielsa as a ‘father figure’ and Cruyff and Maradona previously praising the Argentine.

The Revival of Leeds

It looked liked Bielsa would make an instant impact and get Leeds promoted in their first season but a bad run of form towards the end of the season meant Leeds finished 3rd. Leeds went on to lose against Derby in the play-off semi-final. 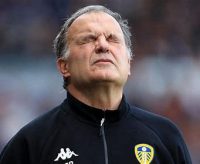 But, Bielsa’s arrival had revived Leeds United, from an average Championship team, to a team that looked like a Premier League side. Leeds looked re-energized and blew away every team in the League with their fast, intricate passing football.

It was only a matter of time before Leeds would finally reach the promised land of the Premier League.

And last season, Leeds united finally confirmed their promotion back to the top-flight. In an unprecedented season, it looked as though, Covid-19 might prevent the season from finishing. However, football returned and Leeds were promoted as champions.

With Leeds back in the top flight, fans can expect hilarious press conferences from Bielsa, excellent football from Leeds and that this team is here to stay!