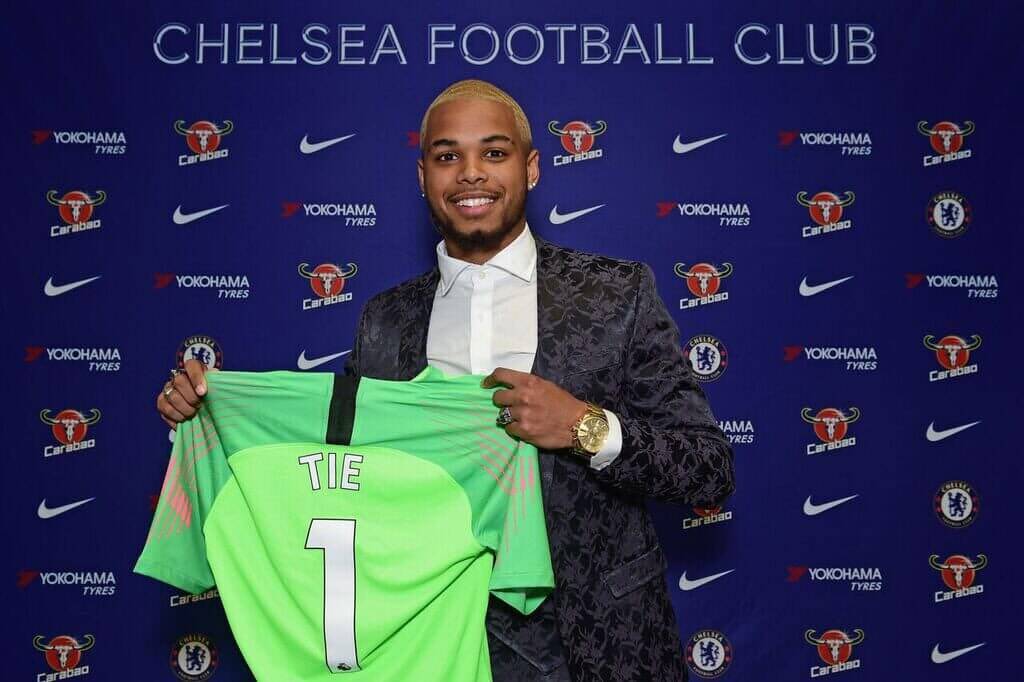 As confirmed by the player on Twitter, goalkeeper Nicholas Tie has signed his first professional contract with Chelsea and will wear the No.1 shirt next season. The highly-rated 17-year-old joined the Blues from French outfit Poitiers FC in 2017, having been headhunted by the Blues years previously. He’s gone on to make nine appearances at youth level.

Tie is unlikely to be in or around the first-team this season, but he’s working hard to continue developing to one day put himself in contention. With Thibaut Courtois and Willy Caballero boasting invaluable experience at the top level, it’s hard to see either player missing out for the likes of Tie, who is unproven.

Nevertheless, the objectives are different for the teenager. He’s only just been rewarded for his improvement in the last 12 months and hasn’t yet been promoted from the u18s. When Tie is regularly playing in Chelsea’s reserve side, he may want to get first-team football with another club on a temporary basis. Chelsea certainly aren’t shy about loaning out their youth talent.

Tie will have some fantastic mentors to learn from, as Courtois and Caballero have featured for Belgium and Argentina in the 2018 World Cup this summer while boasting trophies won during their time in the Premier League. Whether the 17-year-old can follow in their footsteps remains to be seen, however.