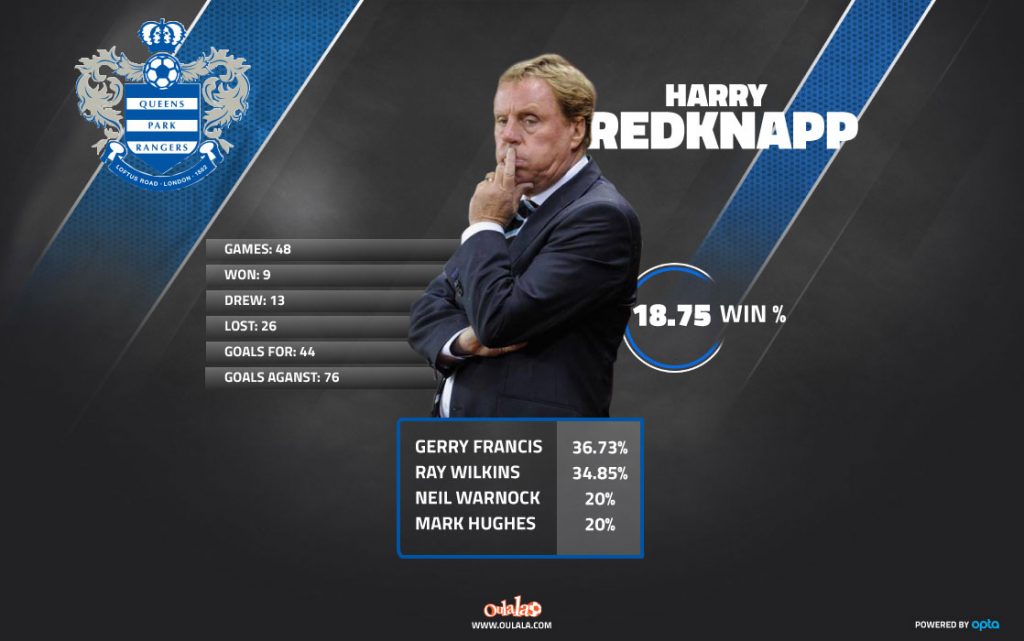 QPR became the first team since Liverpool in 1953/54 to lose their opening 11 away matches. Redknapp also holds the worst win percentage of any permanent QPR manager in the Premier League, winning only 9 of the 48 games he was in charge.

Tim Sherwood is already being talked of as Redknapp’s successor at QPR, but would you trust an inexperienced manager in a relegation battle, especially with QPR’s problems?