Sportslens.com
Home Blogroll Harry Kane admits he could leave Tottenham Hotspur should he not see... 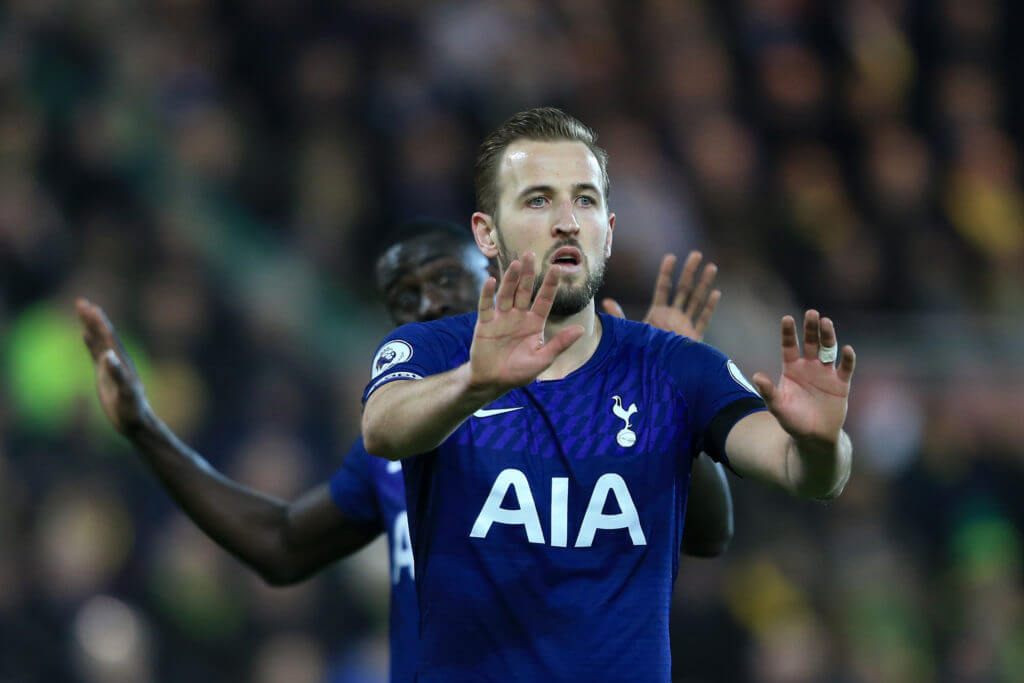 Tottenham Hotspur striker Harry Kane has admitted that he could leave the North London club if he doesn’t see them progressing.

The England international was on a Q&A session with Sky Sports pundit Jamie Redknapp on Instagram, and he was honest when answering a question about his long-term future at Spurs.

“I love Spurs, I’ll always love Spurs, but it’s one of them things I’ve always said if I don’t feel like we’re progressing as a team or going in the right direction, I’m not someone to stay there just for the sake of it.

“I’m an ambitious player. I want to become a top top player, so it all depends on what happens as a team and how we progress as a team. So, it’s not a definite I’m going to stay there forever but it’s not a no either.”

Kane has been routinely linked with a Tottenham exit since he established himself as one of the most prolific goalscorers, and the likes of Real Madrid, Juventus, Manchester United and Manchester City have all been said to be interested in him.

Premier League legend Alan Shearer reckons the Spurs star could leave if the side don’t win silverware next season, and the player himself has hinted at it.

Kane’s transfer admission has got many Tottenham fans worried, and here is how some of them reacted to it on Twitter:

Levy is destroying the club

I don't blame him tbh

Don’t blame him. Club doesn’t have the same ambition. Levy won’t go 100% for the title. So why should he compromise?

He wants to win the PL and we missed our 1 chance, Harry owes us nothing and deep down we know that unless ENIC sell us we have zero chance of any success, Bet Levy is already counting the money he can add to his own wages from the Kane sale, 1 more season of Kane at best

Levy has blood on his hands

We have him for one more season tops. If we haven’t won anything in then next 12 months and we haven’t shown any progression then he will be looking to leave and who could blame him. The ball is in Levy’s court now

100% agree, hope levy takes it as an opportunity to strengthen around him rather than cash in.

With 136 goals in 198 Premier League appearances for Tottenham to his name, the 26-year-old will definitely not be short of suitors once he becomes available, and the onus is now on chairman Daniel Levy to provide boss Jose Mourinho with the needed funds when the summer transfer window opens.

Spurs are still a couple of signings away from becoming regular title challengers, and how they fare in the next transfer market will have a huge say on their campaign next term.