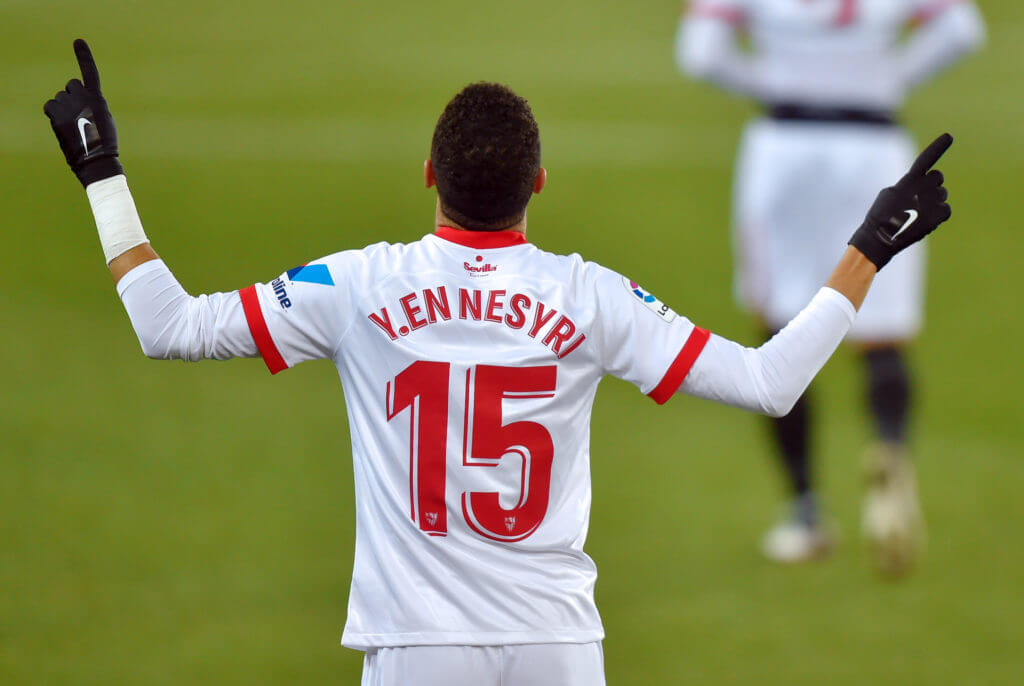 Popular journalist and Spanish football expert Guillem Balague has suggested that West Ham United may not be able to pull off a deal for Youssef En-Nesyri from Sevilla this month.

Balague says that Sevilla are determined to keep hold of their key goalscorer.

West Ham have already had a €25 million bid for the 23-year-old rejected. Balague has claimed that the Hammers need to improve their offer to around €40m (£35.3m) in order to have any chance of signing him.

“El Nesyri is wanted by West Ham – they put an offer of €25 million plus €5m, but unless they double that or it gets to €40m, Sevilla would not sell him,” said Balague on his YouTube channel.

“He is a striker that has worked for Sevilla now, he’s the best goalscorer in the side, he is also doing it in a style that suits Sevilla and consistently in recent times as well.

It is an open secret that West Ham need to sign a striker this month.

Michail Antonio remains the club’s only recognised striker following the departure of Sebastien Haller to Ajax, and while he has been in good form, his past injury records mean the Hammers cannot go into the second half of the season without a solid back-up option.

David Moyes has made it clear that he won’t sign players for the sake of it. The Hammers are targeting quality players who are under the age of 26, and in theory, En-Nesyri fits the bill.

He has scored 13 goals in all competitions so far this season, and there’s no reason why he can’t replicate the form in the Premier League.

At the same time, clubs across Europe are struggling with their finances due to the pandemic, and West Ham are no exceptions.

According to Daily Star, they are looking to restructure a £32m deal for the striker, but it won’t be enough to lure him away from Andalusia.

Sevilla do not need to sell him, and West Ham must shift their attention elsewhere unless they are determined to sign him and drag the negotiations on until the end.