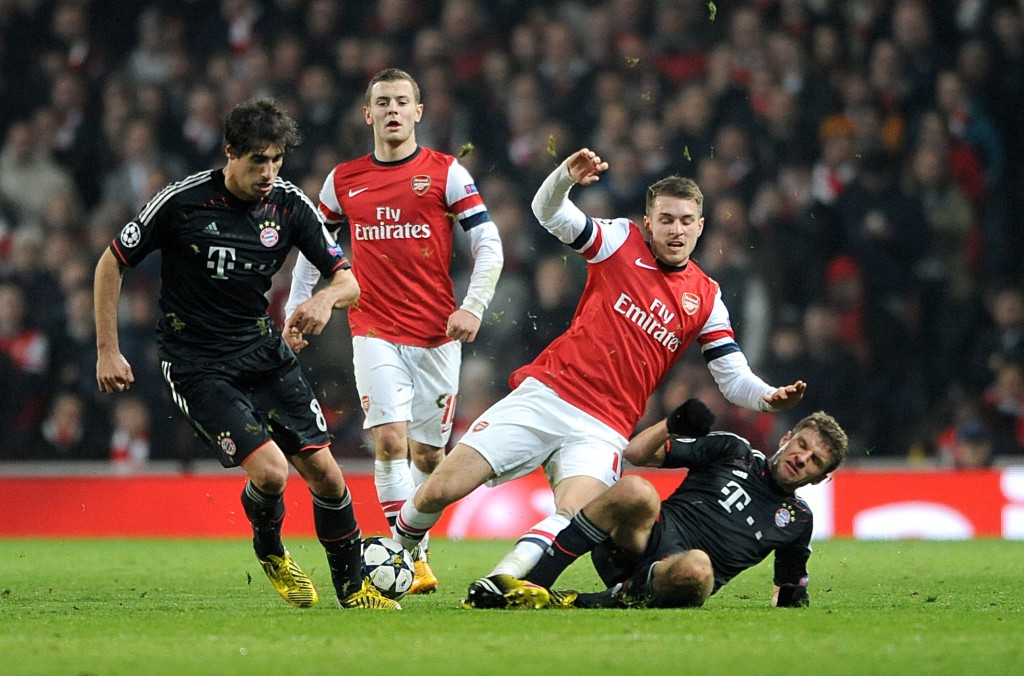 Arsenal secured a 4-0 win over Hull City in the FA Cup last night but Arsene Wenger will be devastated with the injury crisis his side are facing at the moment.

The likes of Wilshere, Cech, Koscielny, Cazorla, Rosicky, Arteta were already injured and now the Gunners have lost Aaron Ramsey, Gabriel and Mertesacker against the Championship outfit.

Although Mertesacker is expected to return for the weekend’s game, the others are sidelined for now.

Arsenal’s title challenge has crashed over the last few weeks and after the recent injury blow, it is highly unlikely that the Gunners will get back in the mix.

Spurs, Leicester and Manchester City are set to fight it out for the Premier League now.

Meanwhile, another bad news for the Arsenal fans is that Pep Guardiola wants to sign Alex Oxlade-Chamberlain for Manchester City.

The Bayern boss was impressed with the player’s performance against Bayern Munich in the Champions League and is keen on signing him this summer.

Guardiola wants him to play on the right wing for Manchester City. Everton defender John Stones is also a target for the former Barcelona manager.