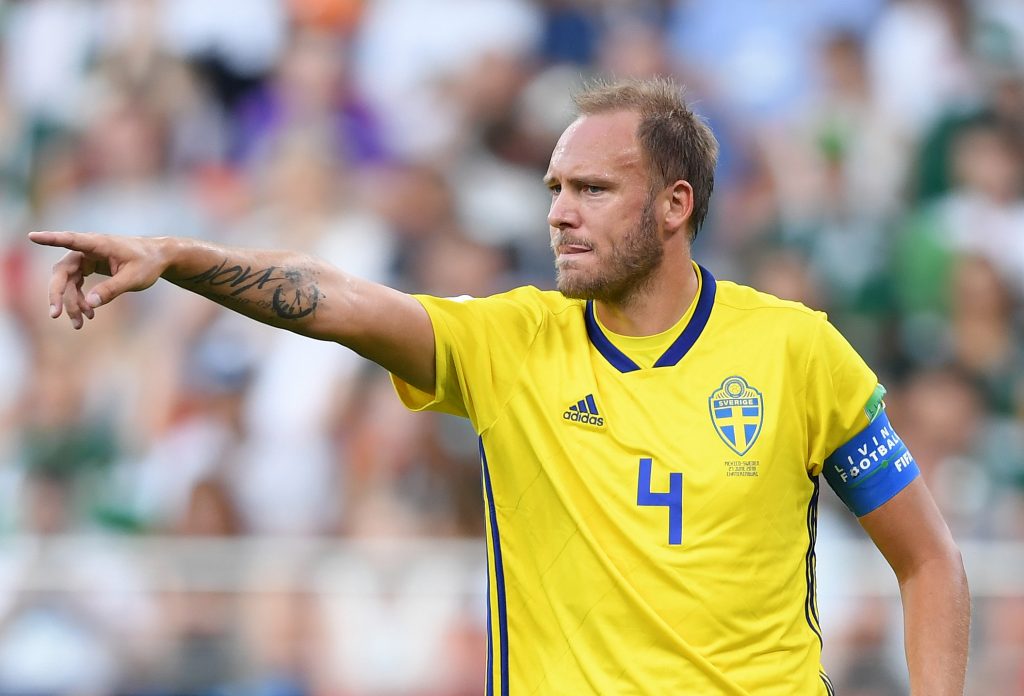 According to Fotboll Direkt, Manchester United have Andreas Granqvist on their radar, with manager Jose Mourinho keen for experience in his defence. The 33-year-old only just joined Helsingborg in the summer so United might struggle to convince him to move clubs again this season except on loan. Nevertheless, the report states United have ‘made a request’ for Granqvist, the outcome of which is currently unknown, so his future at the Olympia is up in the air.

The Swedish international, who has made 77 appearances for his country, has played for five different clubs in his career – Krasnodar, Helsingborg, FC Groningen, Wigan Athletic and Genoa. His career has started and finished with Helsingborg but there could be one more move left before he considers retirement.

Manchester United have been desperate for a trusted centre-back, having failed to sign one over the summer. Mourinho was looking at a number of targets – Tottenham Hotspur’s Toby Alderweireld, Leicester City’s Harry Maguire, Real Madrid’s Raphael Varane and Barcelona’s Samuel Umtiti – to no avail but may consider a cheap option in Granqvist.

The 33-year-old has made over 400 career appearances and could add much-needed experience and leadership to the likes of Phil Jones, Chris Smalling, Eric Bailly, Victor Lindelof and Marcos Rojo. Granqvist would be an unlikely signing, but Sport Witness believe the Swedish media are adamant there’s genuine interest.