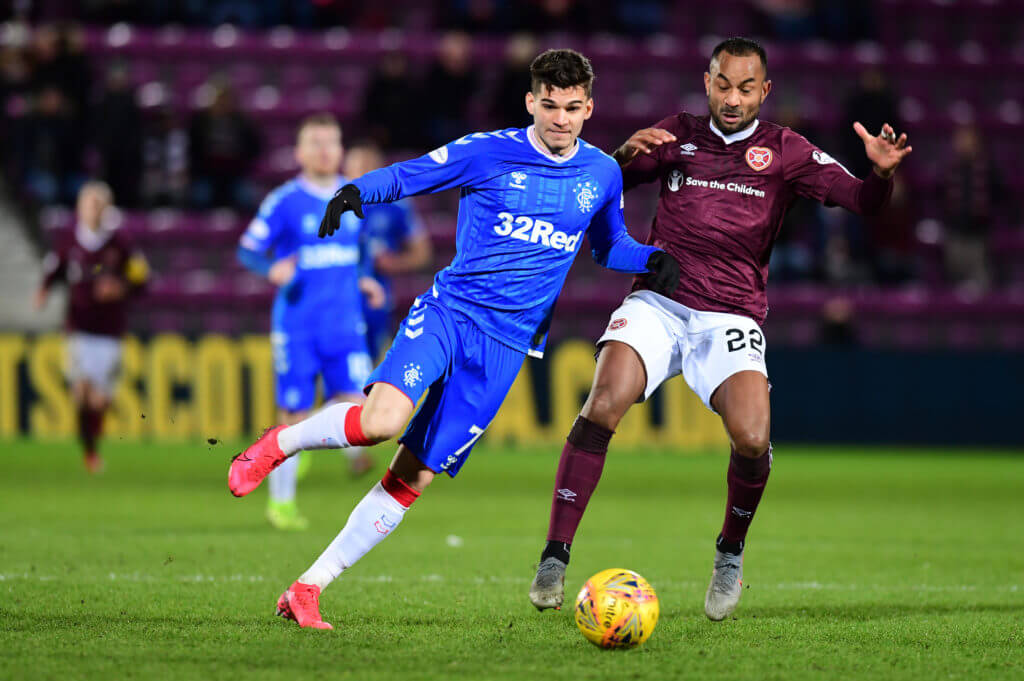 Smith, who played for Rangers in the 1970s and the 1980s and also worked as a Director of Football for the Gers, believes that signing Hagi on a permanent contract does have some risk for Steven Gerrard’s side.

The Scotsman has also outlined the attributes of the 21-year-old, who can operate as an attacking midfielder or as a forward.

Hagi joined Rangers on loan from Genk in the January transfer window until this summer.

According to BBC Sport, Rangers and Genk are closing in on a deal to make the Romania international winger’s loan deal permanent.

The report has claimed that although a fee is yet to be agreed between the two clubs, talks are progressing.

Smith told Rangers News: “For that kind of money, for a young player who is still potential, I think it would be a signing that would have a little bit of risk to it. I don’t think he’s established yet but you can see the skill he has, as a creative player.

“He can make goals and he can score goals and therefore, you’re thinking, if his career moves along the way his dad’s did, then that would be very very cheap to get a player of that kind of ability at €5 million.

“But you never can tell, we’ve seen it many times in the past – a player who is an outstanding young player but once teams get to know more about them, then they don’t progress the way they are expected to.”

According to WhoScored, Hagi made six starts and one substitute appearance in the Scottish Premiership for Rangers this season, scoring one goal in the process.

The Romania international also made one start and one substitute appearance in the Scottish Cup, according to WhoScored.

The 21-year-old made two starts and one substitute appearance in the Europa League for Gerrard’s side this season, scoring two goals and providing one assist in the process, according to WhoScored.