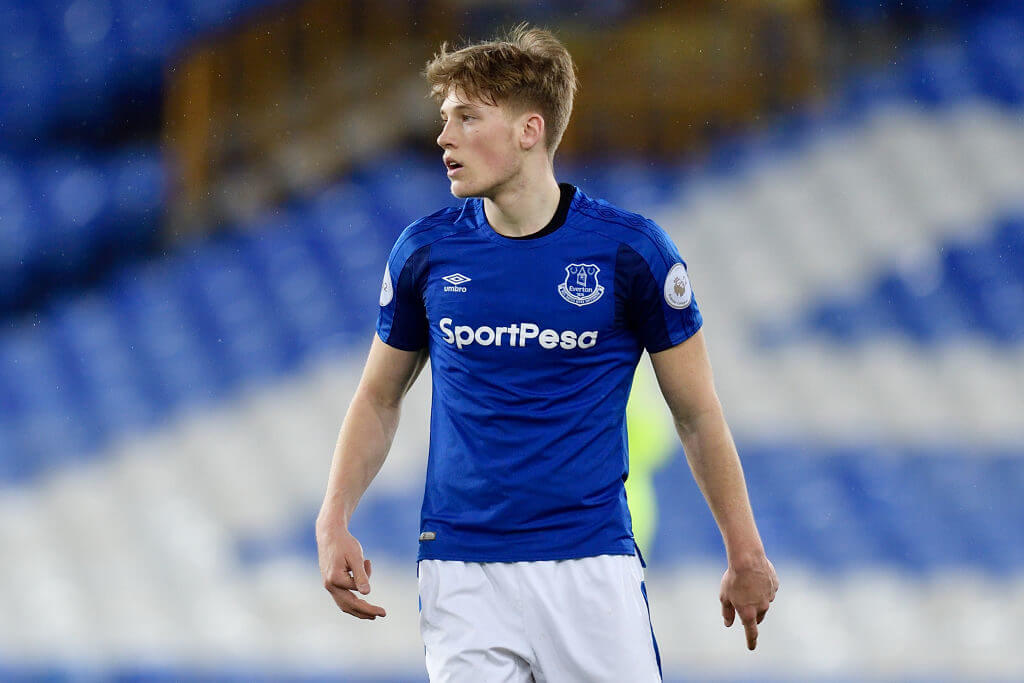 Lewis Gibson has an uncertain future at Everton. The 19-year-old is out of contract in July and isn’t keen to put pen to paper on an extension due to a lack of first-team opportunities. Gibson has interest from a number of clubs in January too, so Everton have a real battle on their hands to keep him on Merseyside.

Gibson joined Everton from Newcastle in 2017 and has yet to make an appearance at senior level. He’s featured 37 times for the u23s and will have been hoping for a callup this season after Phil Jagielka, Ashley Williams and Matthew Pennington all left during the summer.

Marco Silva was left with only Mason Holgate, Michael Keane and Yerry Mina at centre-back but still overlooked the teenager. Phil Kirkbride of the Liverpool Echo believes assurances over playing time in the first-team is key to Gibson signing a new deal, but Everton appear more likely to sign a new defender than promote him – Jean-Clair Todibo and Nathan Ake were targets.

If that’s the case, the 19-year-old could rebuff talks over a contract extension and may consider his options this month – Newcastle, Celtic, Feyenoord, AZ Alkmaar and a number of clubs in Germany are interested. Everton have had three years to manage Gibson’s career, but he still isn’t close to making a first-team appearance.